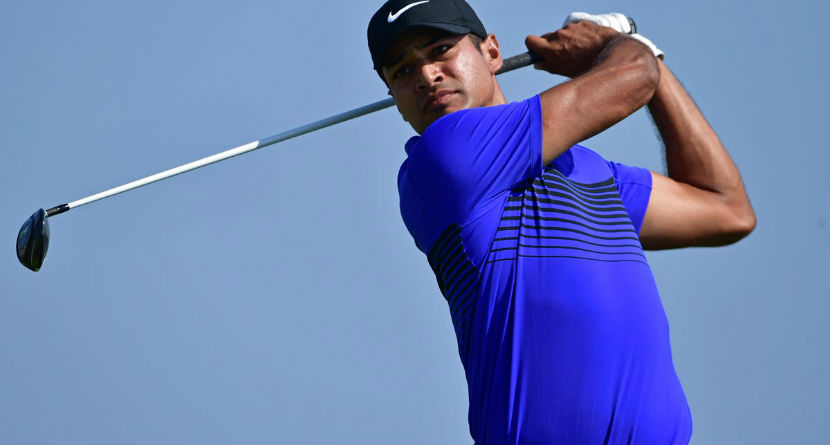 An airline losing your golf clubs is never an enjoyable experience. Then imagine losing them four consecutive weeks in a row, with the latest being a couple days before the Open Championship!

For those keeping count, I’m on my 4th (fourth) week in a row of having missing baggage. On a direct flight too! #streaking

However, being a pro has its perks and they usually come in the form of Tour equipment trucks. His team was able to assemble a makeshift set to get some reps in.

Couldn’t have said it better myself! Guys in the equipment trucks are the real MVP’s https://t.co/ix2fEFnIsu

But the golf gods must have been smiling down because look what showed up at his door with plenty of time to spare!

Better late than never! But never late is better ???? pic.twitter.com/3hJsFTOmGa