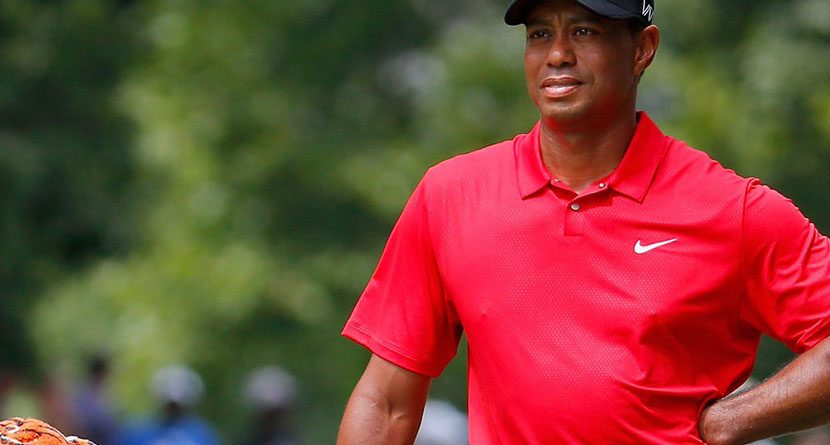 Tiger Woods’ return to professional golf next week is the single biggest individual moment in the sport in the last calendar year, with no disrespect meant to Danny Willett, Dustin Johnson, Henrik Stenson or Jimmy Walker.

When a guy like Tiger is going to tee it up for the first time in over a year, not only does the golfing world pay attention, but also the entire sporting world. As if his comeback needed even more selling, fellow Tour pro Jesper Parnevik is singing Woods’ praises and even predicted his return to golf could be “spectacular.”

“I see Tiger at the Medalist. We talk and have played nine holes together,” Parnevik tells Golf Digest senior writer Guy Yocom. “By the way, he’s been hitting a lot of balls, and he’s hitting it great. He’s pounding it a mile and flushing everything. On the range, at least, his trajectory and ball flight are like the Tiger we knew 15 years ago. Comebacks are never a sure thing, but something tells me his might be spectacular.”

The words ring especially true when you understand the fractured relationship Parnevik and Woods share when it comes to Tiger’s ex-wife.

In the interview, Parnevik also discusses how he and Woods have patched up a rift caused by his extramarital affairs in 2009. It was Parnevik who was responsible for introducing Woods to ex-wife Elin Nordegren when Nordegren was a nanny for the Parneviks.

“When the infidelity came to light, it felt like the worst betrayal ever,” Parnevik said. “But over time, I forgave Tiger. He and Elin are friends, which is nice, and he’s a good parent. His mistakes hurt him, too.”