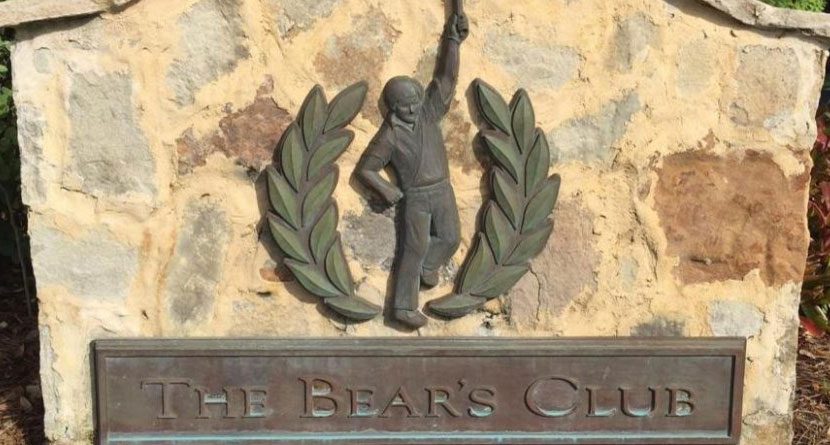 Jupiter Island is the epicenter of professional golf in America. With no state income tax and great golfing weather year round, it only makes sense that the biggest and richest names in the game call Jupiter home. Now, a course where many of those top players hone their game can stop worrying about the federal government taking any more of their money after the Bear’s Club settled a $400,000 lawsuit.

The South Florida Business Journal has the details.

The U.S. Attorney for the Southern District of Florida filed a civil complaint in October 2015 against several Bear’s Club development entities, Clarendon Properties Group, Ivan C. Frederickson as partner in Clarendon, Ira Fenton as VP of the Bear’s Club, and Clarendon President Robert B. Whitley. Nicklaus wasn’t named in the complaint, although he’s listed in state records as a managing member of the Bear’s Club. The 369-acre golf course community began development in 1999. The lawsuit accused the developers of improperly filling nearly an acre of wetlands in violation of its agreement with the U.S. Army Corps of Engineers. This was done to make the course easier to play for weaker golfers, according to the complaint.

The U.S. Department of Justice announced Thursday that the Bear’s Club agreed to a consent decree with a $400,000 civil penalty, and committed to preserving 7 acres of wetlands at Grassy Waters Preserve.

“When wetlands are filled in violation of the Clean Water Act, the loss is felt not only today, but by all generations to come,” said Wifredo A. Ferrer, U.S. attorney for the Southern District of Florida. “The substantial penalty obtained in this case sends a message to anyone who fails to abide by our nation’s environmental laws that they will be held accountable for their noncompliance.”

Attorney Eugene Stearns, who represented the Bear’s Club in the lawsuit, couldn’t immediately be reached for comment. In the consent degree, the developer admitted that the wetlands were altered, but denied that this violated the Clean Water Act.