From $1 Purchase To $20 Million Host: The History Of TPC Sawgrass 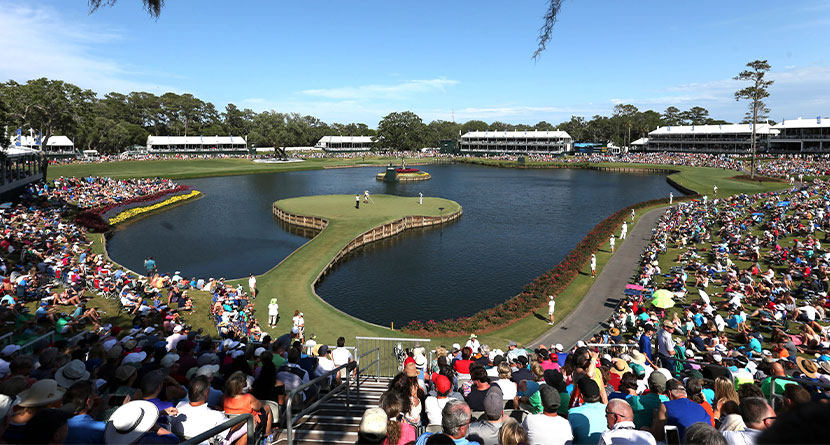 A Brief History of TPC Sawgrass

This week in Ponte Vedra Beach, Florida, 144 of the best players on the planet will descend upon the brainchild of former PGA Tour Commissioner Deane Beman, who in the late 1970s secured a plot of 415 acres from Jerome and Paul Fletcher for $1.

The Players Championship began in 1974, but without a permanent home. Beman, who had become the commissioner that year, shepherded the event around the Southeast for three years before settling on Sawgrass Country Club in 1977. Hoping to make Sawgrass CC the event’s permanent home, Beman offered to purchase the club, but was turned down.

Instead, Beman found the Fletchers’ land across the A1A, which due to the construction of the highway, had become an upland that in most cases was under a foot of water. The topography of the land and its penchant for holding water made it a de facto swamp, forcing renowned golf course architects Pete and Alice Dye to clear the land infested with snakes and alligators.

Of course, the Stadium Course at TPC Sawgrass was to be built with fans in mind, resulting in Dye transforming the land, which he had noted had no more than 18 inches of elevation above the waterline at any point on the property. As a result, the water hazards that dot TPC Sawgrass were created not only to dictate strategy but also to build up various course contours and the “stadium” mounding for easy viewing.

Most famously, the island green 17th hole was originally meant to be played along one of these dug-out lakes, but the required fill to create the mounding left a massive hole. It was Pete’s wife, Alice, who suggested simply making the short par-3 into an island green.

In all, only 40 acres of the original 415 were set aside for tees, fairways and greens.

In 1982, one year later than originally planned due to “a hundred year storm,” the Stadium Course at TPC Sawgrass hosted its first Players Championship to decidedly mixed reviews. Ben Crenshaw called it “Star Wars golf, designed by Darth Vader.” Jack Nicklaus quipped he’d never been good at “stopping a 5-iron on the hood of a car.”

Dye tweaked the Stadium Course until his death in 2020 with opinions softening as Dye’s design features did as well.

Now in its 41st year hosting the event, the Stadium Course at TPC Sawgrass has become one of the most recognizable, albeit diabolical courses on the PGA Tour; a test the players have come to both know and respect.