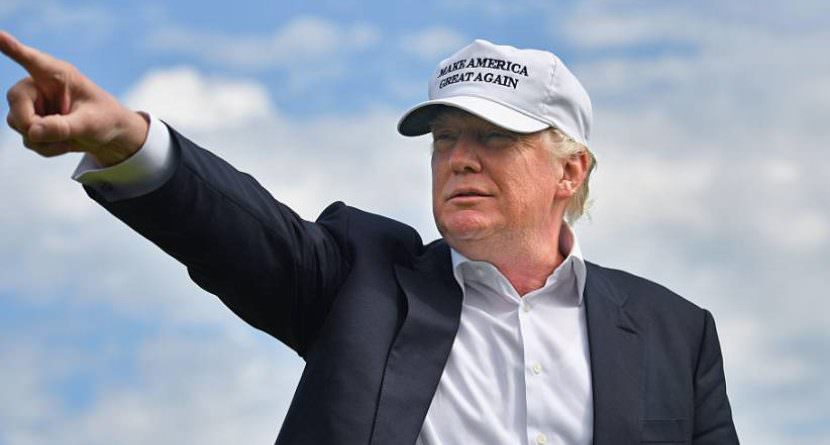 Two-time Masters champion Bernhard Langer was fresh off a winning the Champions Tour Mitsubishi Electric Championship at Hualalai last week when he became the subject of a voter fraud story as told by President Donald Trump during a meeting with House and Senate leaders.

The New York Times had the report:

When one of the Democrats protested, Mr. Trump said he was told a story by “the very famous golfer, Bernhard Langer,” whom he described as a friend, according to three staff members who were in the room for the meeting.

The three witnesses recalled Mr. Langer being the protagonist of the story, although a White House official claimed the president had been telling a story relayed to the golfer by one of Mr. Langer’s friends.

The witnesses described the story this way: Mr. Langer, a 59-year-old native of Bavaria, Germany — a winner of the Masters twice and of more than 100 events on major professional golf tours around the world — was standing in line at a polling place near his home in Florida on Election Day, the president explained, when an official informed Mr. Langer he would not be able to vote.

Mr. Langer, whom he described as a supporter, left feeling frustrated, according to a version of events later contradicted by a White House official.

Just one problem: Mr. Langer, who lives in Boca Raton, Fla., is a German citizen with permanent residence status in the United States who is, by law, barred from voting, according to Mr. Langer’s daughter Christina.

“He is a citizen of Germany,” she said, when reached on her father’s cellphone. “He is not a friend of President Trump’s, and I don’t know why he would talk about him.”

Langer responded in an official statement through the PGA Tour Champions later in the week:

“Unfortunately, the report in the New York Times and other news outlets was a mischaracterization by the media. The voting situation reported was not conveyed from me to President Trump, but rather was told to me by a friend. I then relayed the story in conversation with another friend, who shared it with a person with ties to the White House. From there, this was misconstrued. I am not a citizen of the United States, and cannot vote. It’s a privilege to live in the United States, and I am blessed to call America my home. I will have no further comment at this time.”