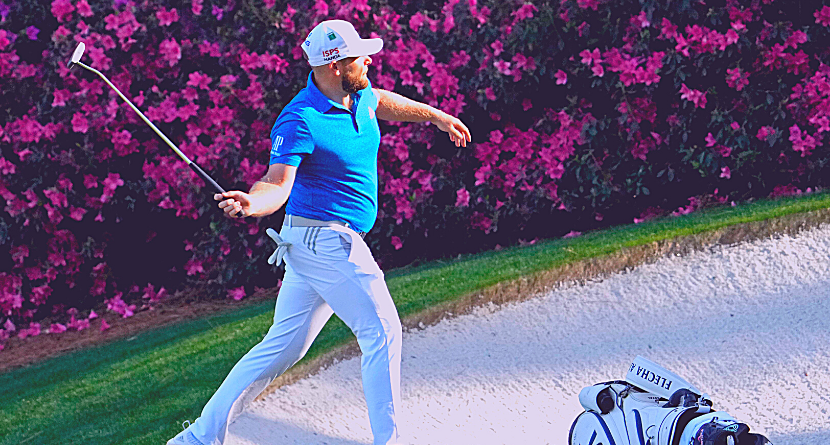 Tyrrell Hatton is the 17-ranked golfer in the world, but he cheekily berates himself throughout a round like your typical frustrated amateur. There’s something almost endearing about it; it’s self-deprecating and often very witty.

But occasionally Hatton focuses his ire on a target that isn’t his own game, and that’s when the real fireworks begin.

Fresh off a final-round slog alongside another PGA Tour firebrand, Billy Horschel, Hatton unloaded on the setup at Augusta National. He had just played the weekend in 79-80 to finish last among those who made the cut at the Masters, but from his vantage the legendary course hadn’t provided a fair test.

Forgive me but I couldn’t resist seeing how Tyrrell Hatton reacted to his 8 at 13 yesterday. This was after shot 6. Have the anger management classes paid off? pic.twitter.com/Rw8JgENgWi

“Yeah, but you can hit good shots here and not get any reward for it,” Hatton said. “It’s unfair at times. I don’t agree with that.”

The rant was just getting started.

“If you hit a good shot, you should end up near the hole. Not then short-sided into a bunker because of the slopes that they’ve created and stuff,” Hatton continued. “Yeah, I don’t think it’s a fair test at times, and when you hit good shots and you’re not rewarded for it, it shows.”

Then Hatton steered the conversation back to what makes him such an oddly refreshing character in the staid, stuffy world of golf: he admitted he was trying to get off the course as quickly as possible on Sunday.

“Yeah, I haven’t enjoyed it,” Hatton said. “When you are clearly bottom of the field during the weekend, even if I feel like I’ve hit good shots out there, I’ve not been rewarded for them, so it’s a case of just lose a bit of interest. Certainly with the scores I had going, I’m kind of just — it’s not even trying to build on anything for next week. I’m just trying to ideally get off the golf course as fast as possible.”

Hatton, 30, collected his lone victory on Tour at the 2020 Arnold Palmer Invitational. His best finish at the Masters was a tie for 18th in 2021. But in a stunning admission that may or may not have been influenced by the emotion of the moment, Hatton intimated he could opt to skip the event in the future.