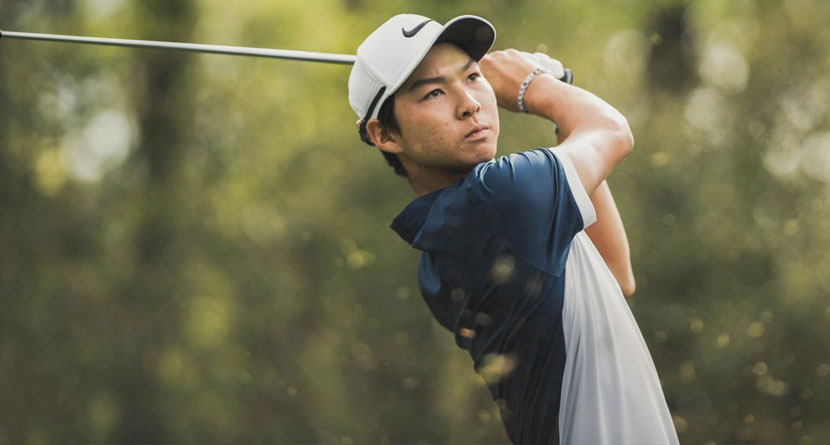 Guess who beat @jasondayofficial in a long drive comp ?

While the PGA Tour is grinding away in Texas, junior golf’s biggest event of the year is taking place only 20 minutes away from Magnolia Lane and Augusta National. The Sage Valley Junior Invitational is known the world over, so much so that the event has captured the attention of some of the game’s best professionals.

In year’s past, Rory McIlory and  Tiger Woods have been on hand to provide a clinic for the top junior golfers in the world, but with the former in Ireland preparing to get married and the latter laid up following his fourth back surgery in three years, another one of Nike’s big-name brand ambassadors was on hand, world No. 3 Jason Day.

The 2015 PGA Champion might want to keep an eye on the up-and-comers looking to dethrone him because reigning U.S. Junior Amateur champion Min Woo Lee sent a shot across the bow on Friday.

Having shot a 7-under par 65 to take the lead in the tournament, Lee and Day took part in a long drive competition with the amateur blasting it by the major champion. Lee will carry a one-shot lead into Saturday’s final round.