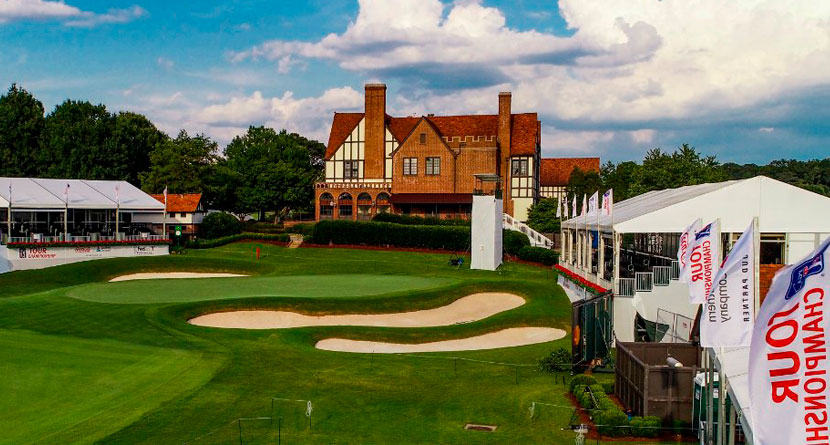 The PGA Tour made some pretty substantial changes to how they will award trophies for both the FedEx Cup as well as this week’s Tour Championship in 2019, all buttressed by an expanded bonus payout, which totals $60 million.

The FedEx Cup Playoffs were cut from four events to three this year with The Northern Trust (125-player field) and the BMW Championship (70-player, no-cut event) acting as the only avenues for players outside the top-30 at the end of the PGA Tour regular season to make their way to Atlanta for this week’s Tour Championship at East Lake Golf Club.

The biggest changes for this week’s event come in the form of a staggered starting scoring system based on the rankings through last week’s BMW Championship. Justin Thomas, who won last week at Medinah, ascended to the top of the FedEx Cup standings and will begin the Tour Championship on Thursday at 10-under par.

The rest of the 30-man field will begin at a starting position consistent with their rank in the FedEx Cup standings in an effort to eliminate the confusion that accompanied dual leaderboards in year’s past.

“As soon as the Tour Championship begins, any fan – no matter if they’ve followed the PGA Tour all season or are just tuning in for the final event – can immediately understand what’s going on and what’s at stake for every single player in the field,” PGA Tour Commissioner Jay Monahan said. “And, of course, players will know exactly where they stand at all times while in play, which will ratchet up the drama, consequence and volatility of the competition down the stretch.”

Here’s how the Tour Championship will begin, with players starting as far as 10 strokes behind the points leader, Thomas.

As for the payouts, the prize structure ranges from $15 million for this week’s winner down to $395,000 for the golfer who comes in 30th place. There is no tournament purse and bonus payout anymore. Instead, both payouts have been combined.

Here’s how the payout structure breaks down: