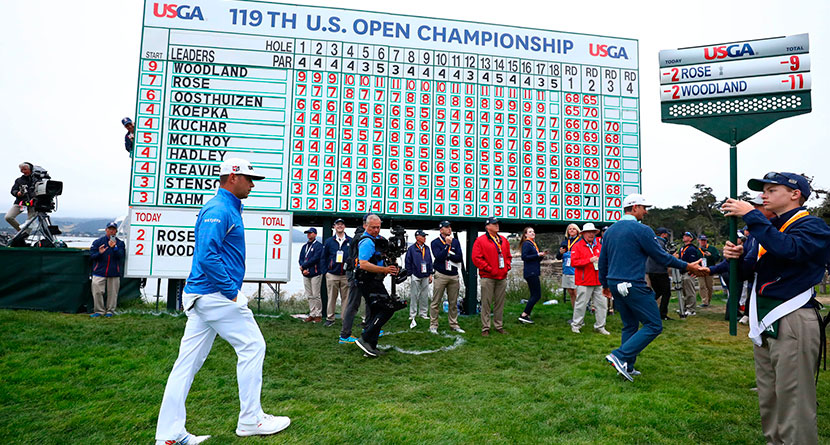 The U.S. Open, the third men’s major championship of the year, has been postponed from its June 18 date due to impacts from the coronavirus pandemic. However, it will still be played at Winged Foot Golf Club, according to a report from The New York Post’s Mark Cannizzaro.

Winged Foot, located in Westchester County in New York, is surrounded by a hotbed of the outbreak, which resulted in work at the venue being halted earlier this week by order of the governor. Just three days later, the news broke that the event would be pushed back.

“Sources with knowledge of the United States Golf Association’s plans told The Post on Thursday night that Winged Foot has been informed the tournament will not take place in June as scheduled,” Cannizzaro’s scoop read. “The plan is for the tournament to remain at Winged Foot, but to be played later in the summer.”


The U.S. Open joins its counterparts the Masters and PGA Championship as major postponements. Dates for the majors are still in limbo, but speculation is that the Masters could be played in October with the PGA at Harding Park taking place later in the summer.

CANNIZZARO: US Open won’t be played in June, but will stay at Winged Foot https://t.co/FUZjz4R65G via @nypostsports

Similarly, the U.S. Open is eyeing an early September date for its reschedule, according to the report.

“(We) remain hopeful about late in the summer, early September,” a source told Cannizzaro, adding that Winged Foot is “optimistic” that the club will remain the venue later in the year.

The USGA would not confirm Cannizzaro’s report on Thursday, saying that no official decision has been made.

“Nothing is official at this point,” Beth Major, the USGA’s senior director of championship communications, said. “Obviously, we’re talking about it, knowing what’s going on in New York right now.’

“We said, ‘middle of April and no later,’ but (a decision) could come earlier, which for all of us would be great so we can go on with the plans.”

As it currently stands, the Open Championship is the only major championship still scheduled to take place on its original dates, July 16-19 at Royal St. Georges.