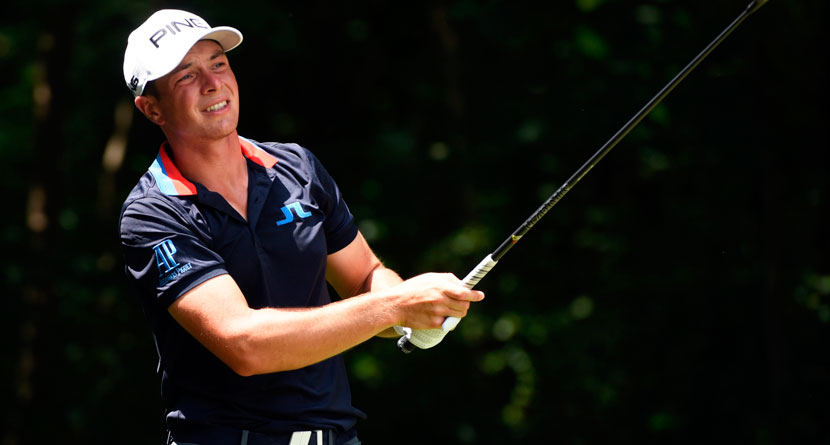 One day after Viktor Hovland failed to secure his 2020 PGA Tour card following a T4 finish at the Wyndham Championship, the USGA announced that it would be tweaking its requirements for U.S. Amateur and U.S. Women’s Amateur champions beginning next year.

Hovland, who won the U.S. Am last fall, was required to maintain his amateur status if wanted to utilize his exemptions into the Masters and U.S. Open, but with the truncated PGA Tour schedule cutting down on opportunities to earn FedEx Cup points, the Oklahoma State product came up agonizingly shy of earning status for 2020.

“We believe this change gives our champions an important option as they choose whether and when to embark on their professional careers,” the USGA’s John Bodenhamer said in a statement. “Given the significant purses awarded at the U.S. Open and U.S. Women’s Open, we realize how important it is for players to make the most appropriate decision for his or her career, and the positive impact it could have at the outset of their professional careers.”

As it pertains to Hovland, and other young guns like college teammate Matthew Wolff as well as Collin Morikawa, the PGA Tour’s policy of allowing pros to accept seven sponsors exemptions makes it difficult for those who must maintain their amateur status through the U.S. Open.

The issue arises in that Hovland, who competed and made the cut in three of his five starts on the PGA Tour in 2018-19 as an amateur, received zero FedEx Cup points for his T40 at the Arnold Palmer Invitational, his T32 at the Masters and his T12 at the U.S. Open. If any of those finishes were eligible for FedEx Cup points, Hovland would have earned his card for 2020.

As it is, Hovland earned more than $675,000 in the last two months and will now compete in the Korn Ferry Tour Finals in hopes of securing his PGA Tour card in 2020.

Despite what many are calling the Viktor Hovland Rule enacted, the man himself has a pretty good attitude about his whole situation.

“Given the opportunities afforded the U.S. Amateur and U.S. Women’s Amateur champions, we want to make sure they are able to take advantage of as many as possible,” Bodenhamer said. “We feel strongly that our reigning champions have earned their places in the U.S. Open and U.S. Women’s Open, regardless of their amateur status.”