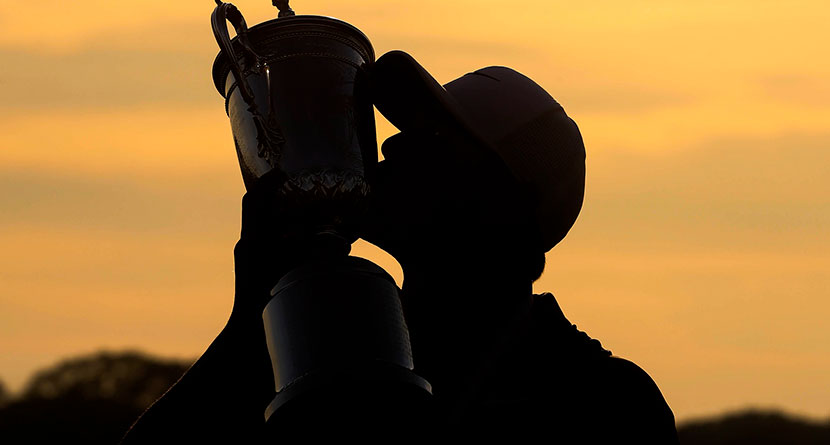 On what was supposed to be Monday of the first men’s major championship of 2020, golf’s biggest institutions came together to issue a massive joint statement that laid out what they hope to be a salvaged major championship season.

Augusta National Golf Club, the European Tour, the LPGA, the PGA of America, the PGA Tour, The R&A and the USGA laid out a tentative and hopeful schedule for the back half of 2020 that would see all but one major championship take place.

“This is a difficult and challenging time for everyone coping with the effects of this pandemic,” the joint statement read. “We remain very mindful of the obstacles ahead, and each organization will continue to follow the guidance of the leading public health authorities, conducting competitions only if it is safe and responsible to do so.


“In recent weeks, the global golf community has come together to collectively put forward a calendar of events that will, we hope, serve to entertain and inspire golf fans around the world.  We are grateful to our respective partners, sponsors and players, who have allowed us to make decisions – some of them, very tough decisions – in order to move the game and the industry forward.

“We want to reiterate that Augusta National Golf Club, European Tour, LPGA, PGA of America, PGA Tour, The R&A and USGA collectively value the health and well-being of everyone, within the game of golf and beyond, above all else. We encourage everyone to follow all responsible precautions and make effort to remain healthy and safe.”

The leading organizations in the sport have collaborated to announce a revised golf calendar for 2020. https://t.co/3tisvHhZ0D

With that being said, the collective put forward the following new set of dates for the PGA Championship, the FedEx Cup Playoffs, the U.S. Open, the Ryder Cup and the Masters to take place between August and November.

Prior to the joint announcement, The Open Championship was officially canceled by the R&A, pushing the 149th playing back to 2021 at Royal St. George’s and the 150th playing of the Open slated to be contested at the Old Course at St. Andrews in 2022.

It is with a heavy heart that we have to cancel The Open for the first time since WWII. We appreciate that this will be disappointing for a great many people but we have to act responsibly during this pandemic and it is the right thing to do.
Statement: https://t.co/brJfuOZSFP pic.twitter.com/iizOupOk4m

“Our absolute priority is to protect the health and safety of the fans, players, officials, volunteers and staff involved in The Open,” Martin Slumbers, Chief Executive of The R&A, said,  “We care deeply about this historic Championship and have made this decision with a heavy heart. We appreciate that this will be disappointing for a great many people around the world but we have to act responsibly during this pandemic and it is the right thing to do.

I can assure everyone that we have explored every option for playing The Open this year but it is not going to be possible.”