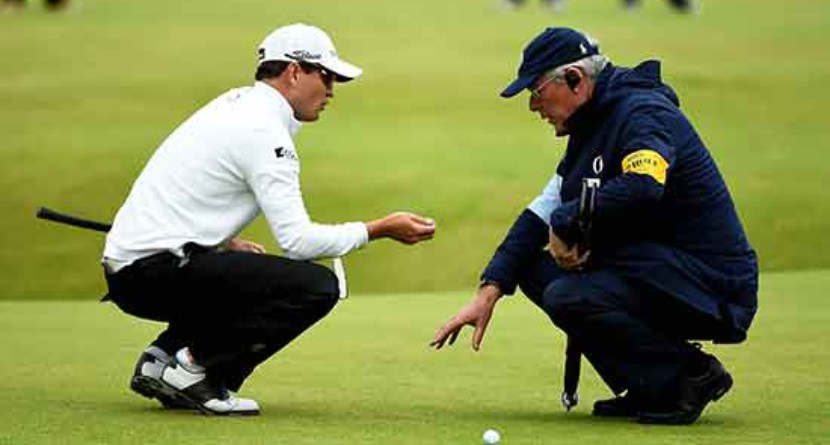 Earlier this week, the USGA and R&A announced a proposed set of rules changes which would modernize and simplify the game, something that we can all agree was long overdue. However, like anything in this day and age, these changes were met with some criticism, especially from a few PGA Tour pros. After all, they are the ones that play the game for a living, but are held to the same rules as your weekend foursome at the local muni.

We start with Canadian Graham DeLaet who wasted no time expressing his opinion and campaigning for a professionals-only  handbook:

We should have our own book and distance ourselves from amateur governing bodies. https://t.co/ss8YUdRjQC

Fact is, there’s an old boys club based in New Jersey that have never hit a shot on Tour who make decisions that affect our families

I think the changes are moving the right direction for golf, but I think professional golf should have its own book

Agree with this. Some rules good, others not crazy about ( fixing spike marks will be abused, grounding club in bunkers) https://t.co/egpjlRm6V9

Recently, GOLF.com asked that very question to 50 PGA Tour professionals and 62 percent of them agreed that they believe there should be a separate rule book on the professional level. Unfortunately, according to the powers that be, it appears there will be no separate set of rules for pros.

According to a SVP of Rules & Competition for @PGATOUR there will not be a separate set of rules for Tour players & amateur players.

There were also a few more changes players would like to see. Ian Poulter chimed in with what he calls “common sense” ideas for the future:

I hope the @RandA and @USGA address this situation. Some players are in agreement about these greens books. Too much time wasted in a book. pic.twitter.com/EED0yJckH2

My other common sense play for golf.. @RandA @USGA pic.twitter.com/fdh8R7B4lM

This is a no brainer if you want to speed up play. https://t.co/FxFRchRwfk

On the other hand, there were a few politically correct responses approving the proposed changes from none other than Tiger Woods and 2018 U.S. Ryder Cup captain Jim Furyk:

Lots of thought & hard work by @USGA and @RandA to modernize our rules. Great work to benefit the game.

Happy to see @USGA trying to simplify the rules and make the game more enjoyable.