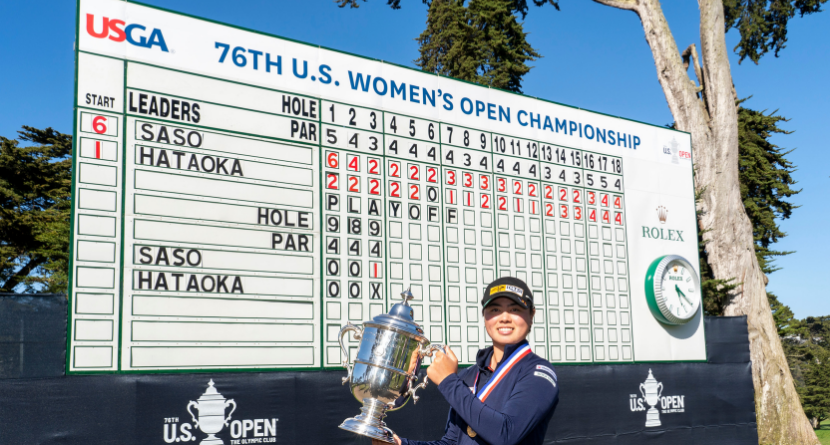 A new era has dawned for women’s golf, and with it comes a lucrative makeover for the sport’s premier event.

The USGA announced last Friday that it had landed a presenting sponsor for the U.S. Women’s Open, raising this year’s purse to $10 million (up from $5.5 million in 2021) and securing hosting rights from some of golf’s classic American venues as prize money continues to climb in the years to come.

Ohio-based nonprofit ProMedica is the partner that will preside over the overhaul, with their inaugural edition scheduled for June 2-5, 2022, at Pine Needles Lodge & Golf Club in Southern Pines, N.C. Purses will reportedly jump to $12 million within the next five years as renowned courses like Pebble Beach, Oakmont, Pinehurst No. 2, Riviera, Oakland Hills and Merion add prestige to the proceedings.

“The USGA prides itself on conducting championships that not only provide an incredible stage for the athletes, but also give younger players something to dream about,” said Mike Whan, the former LPGA Tour commissioner who last summer became the USGA’s CEO and executive director. “For more than 75 years, the U.S. Women’s Open has been the one that every little girl, in every country around the world, has dreamed of winning.”

Our partnership with @ProMedicaHealth is raising the stakes and taking the #USWomensOpen to new heights. pic.twitter.com/XJpikxJ3Si

Additionally, ProMedica will serve as the USGA’s official marketing partner, and the organization’s charitable arm, the ProMedica Impact Fund, will be the primary beneficiary of the U.S. Women’s Open’s fundraising efforts. The inclusion of a primary sponsor comes on the heels of an influx of cash on the LPGA Tour that mirrors the uptick in player bonuses and tournament payouts on the men’s tour.

“This is an exciting day for the LPGA, women’s golf and women’s sports more broadly,” said the LPGA’s current commissioner, Mollie Marcoux Samaan. “We applaud our friends at the USGA and ProMedica for their vision and dedication to supporting the world’s best female golfers.”

Riviera, Oakland Hills and Inverness will all be hosting the women’s edition of the national championship for the first time, with Pinehurst No. 2 pulling double duty for the second time in 2029 — 15 years after Martin Kaymer and Michele Wie won in successive weeks back in 2014.