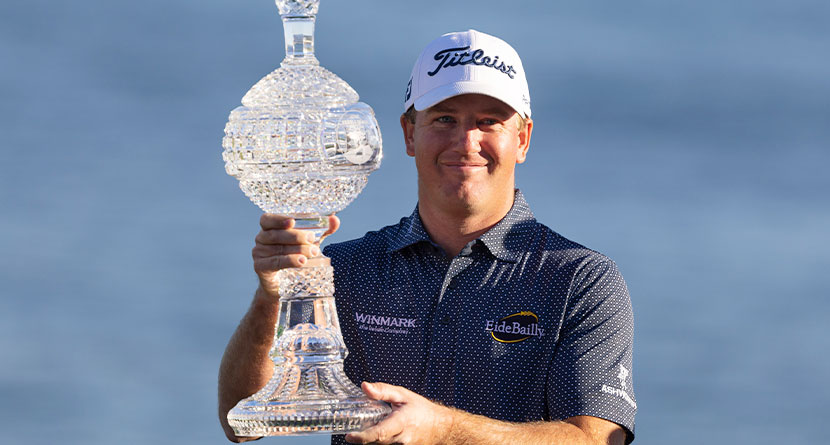 Tom Hoge won for the first time as a pro on any major Tour on Sunday, and he did it at Pebble Beach, no less.

Something like that takes a little time to sink in, but one thing Hoge knew coming into Sunday at the AT&T Pebble Beach Pro-Am was that he’s been trending in the right direction.

In a multi-course event like so many early in the year, the PGA Tour only gathers advanced statistics on the host course — in this week’s case, Pebble Beach — so keep in mind, these stats are only for two rounds. For Hoge, he played Pebble in his first and fourth rounds, shooting rounds of 63 and 68.


Whenever you go silly low like Hoge did on Thursday, your numbers are going to be strong. For the week, Hoge was third in the field in Strokes Gained: Putting (+5.3) and fourth in Strokes Gained: Approach (+4.0), which we know is the key to winning on the PGA Tour. 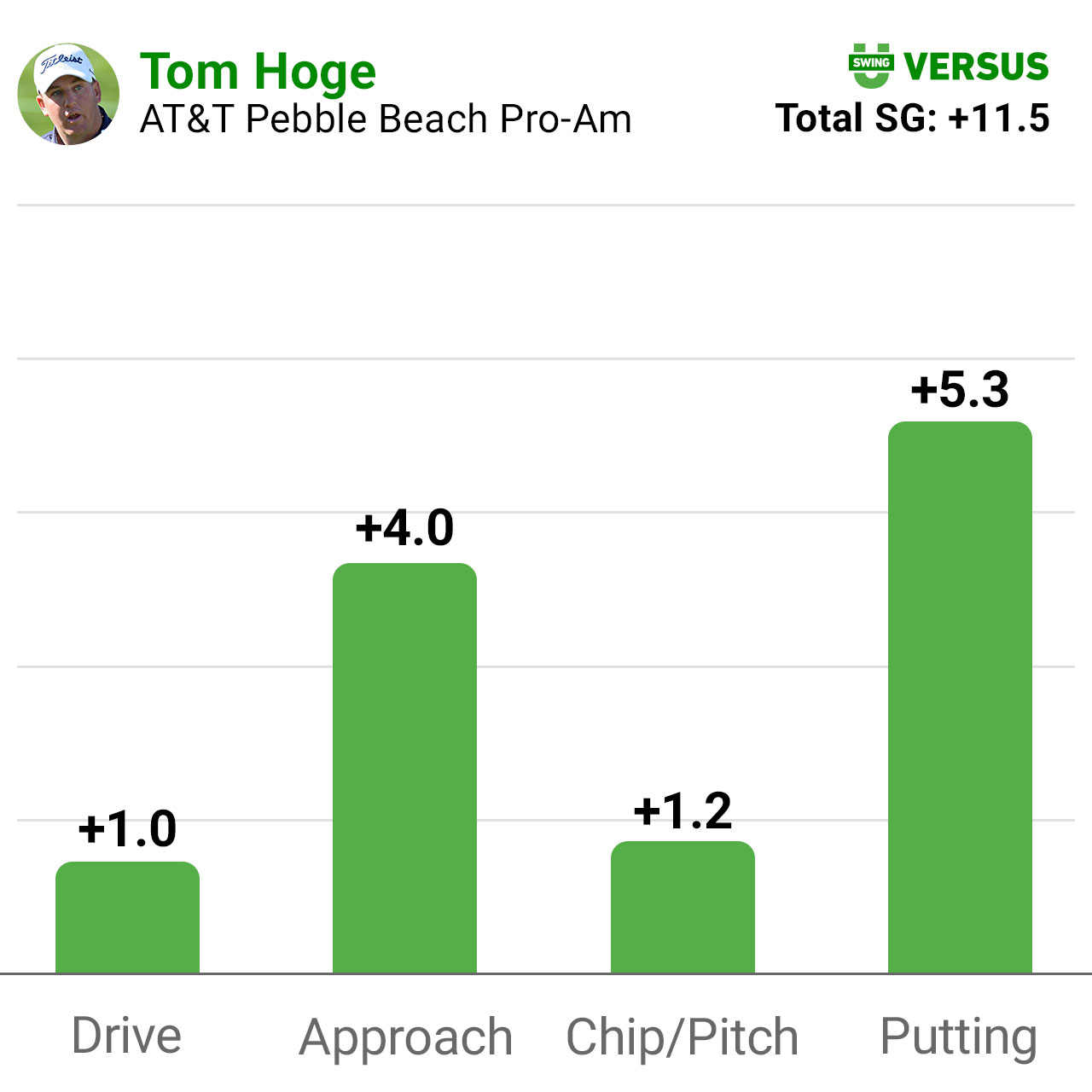 Hoge also did well in the two other aspects in his rounds at Pebble, picking up a stroke on the field average off the tee and slightly more than that around the greens.

His first PGA Tour victory guarantees him a start in April’s Masters and May’s PGA Championship, as well as a number of elevated-status events. And perhaps equally as important, Hoge rises to No. 39 in the Official World Golf Ranking, which brings with it exemptions into practically every event on the planet.