Versus Report: Joaquin Niemann Cashes In At Riviera With Two Ball-Striking Masterpieces 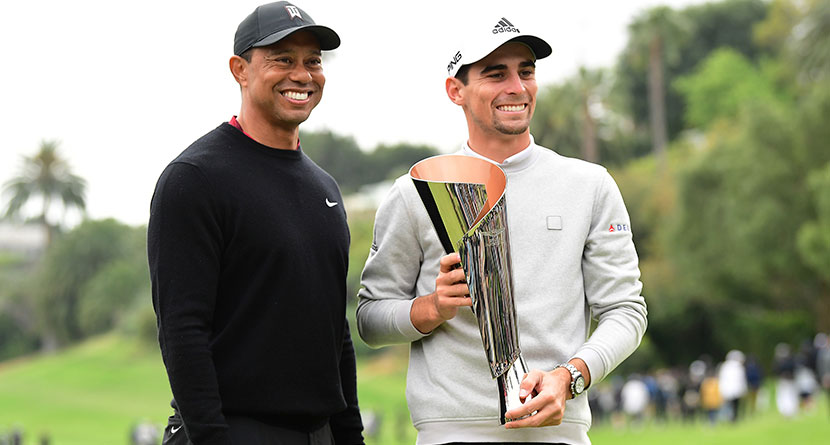 They don’t give out trophies before the 72nd hole on the PGA Tour, but Joaquin Niemann was eyeing the Genesis Invitational hardware after opening with matching 8-under par 63s on Thursday and Friday.

In his 16-under par opening 36 holes, Niemann gained +15.5 of his +16.7 Stroke Gained on the field average, which gave him plenty of room to play relatively average golf over the weekend to claim his second PGA Tour victory and first since the 2019 Military Tribute at the Greenbrier.

When you’re going ridiculously low in the first two rounds, it shouldn’t be a surprise to see correspondingly impressive strokes gained numbers. Over the weekend, however, when Niemann only managed 3-under par for the final 36 holes, it was his short game that kept Niemann’s nose ahead of the field. 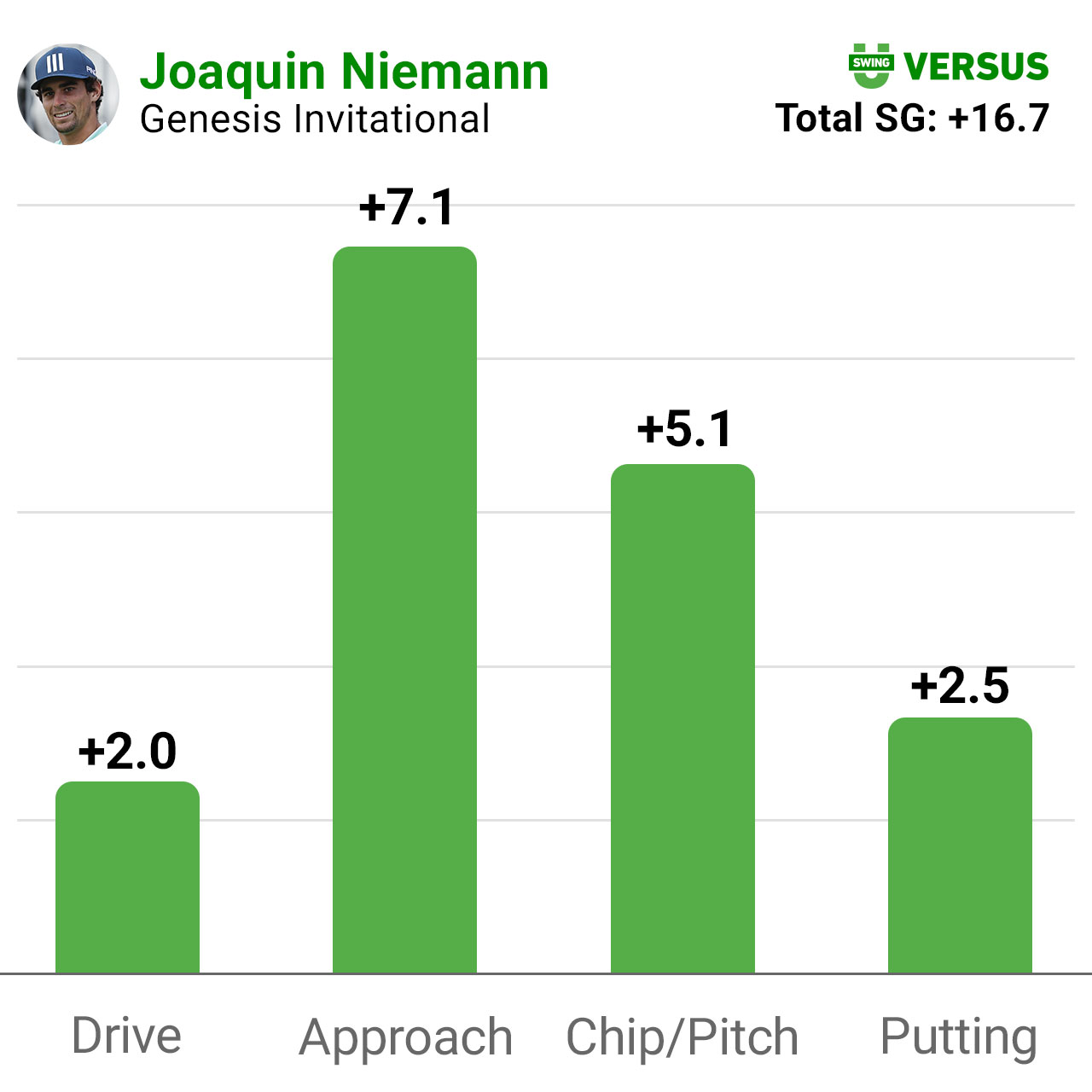 Niemann gained +2.9 SG: Chip/Pitch on the weekend, which more than made up for some of “back to Earth” stats that painted the picture of a pro trying to steer the tournament to the house after building such a big lead.

For the week, Niemann finished first in SG: Approach, second in SG: Chip/Pitch, 17th in SG: Drive and 26th in SG: Putting.