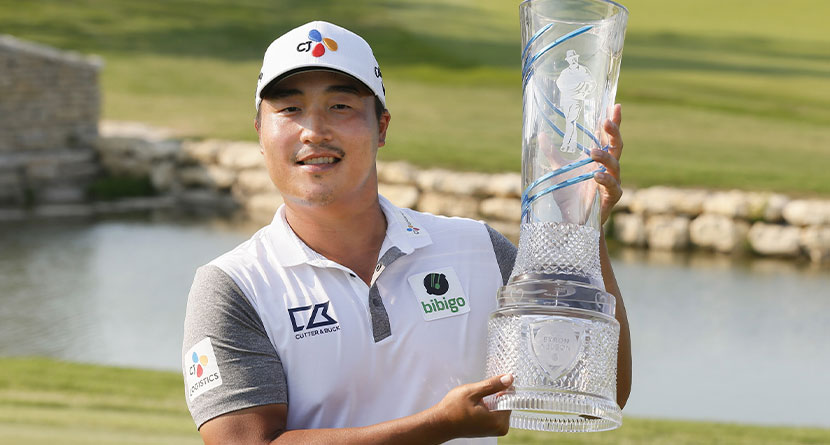 K.H. Lee played the last seven holes of the AT&T Byron Nelson in 4-under par, including an eagle at the par-5 12th and a closing birdie to edge Jordan Spieth by one stroke to successfully defend his title at TPC Craig Ranch.

Lee’s final round wasn’t without challengers as major champions Spieth, Hideki Matsuyama and Justin Thomas played the role of chaser. Sebastian Munoz, who shot a sizzling opening-round 60, as well as Xander Schauffele also had a hand in the action.

Lee’s week was defined by his ball-striking, which at +5.7 Strokes Gained: Approach ranked eighth in the field. When Lee missed the green, he scrambled well, picking up +2.7 SG: Chip/Pitch, which ranked 10th in the field.

Off the tee and on the greens, Lee performed admirably as well, picking up +2.3 and +3.9 strokes on the field average, respectively. 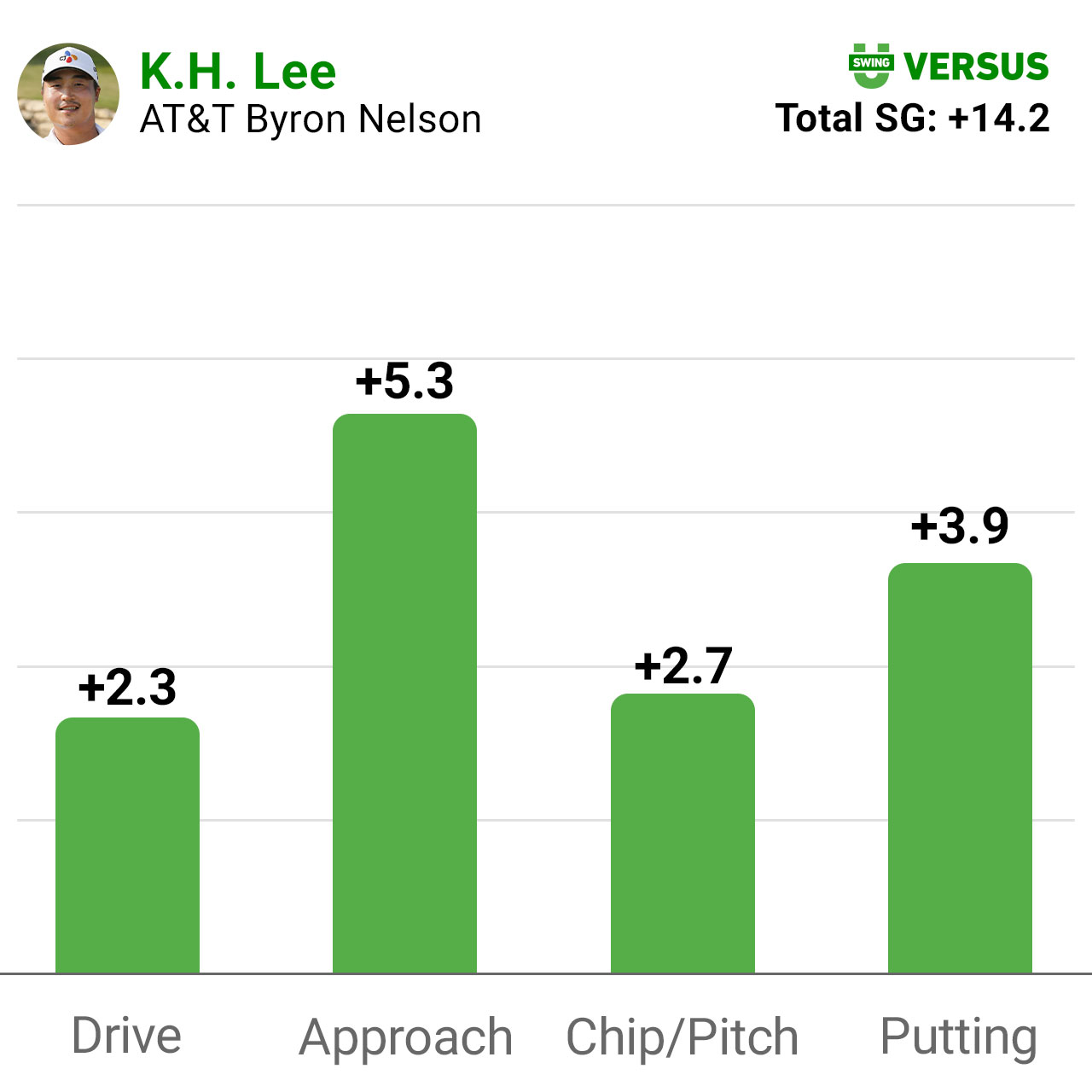 “It’s an amazing feeling. So I can’t believe it, still feels like dreaming, but last year and this year still make good memories,” Lee said in his winner’s press conference. “Yes, when I’m here very comfortable feeling, even tee shot or when I’m putting it’s very welcoming here. So I try this year to remember good memory. So I make a lot of putts this week, so, so happy.”

“He shot 9-under (on Sunday),” Spieth said of Lee. “We had it blowing 15 to 18 [miles per hour] our last 10 or 11 holes, so that score this afternoon, especially the last closing stretch of holes is just a phenomenal score.”

With the win, Lee moves into the top-50 in the world rankings, checking in at No. 41. He also rose up the FedEx Cup standings, entering the top-30 at No. 28. His odds for this week’s PGA Championship are down to 150-1.