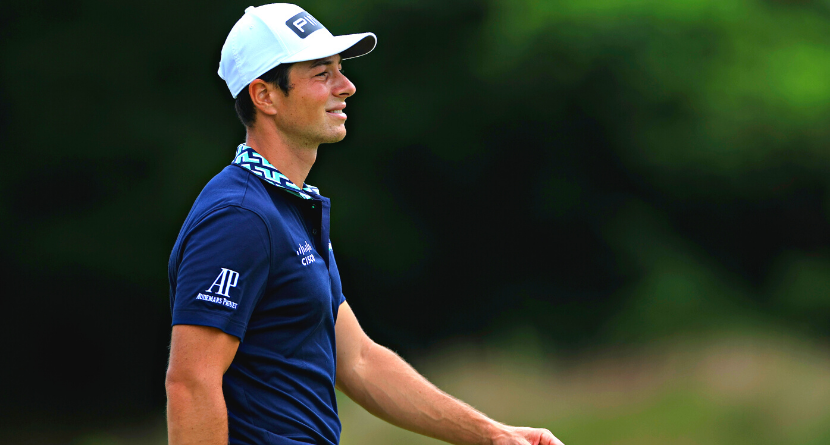 For the second time this season, Viktor Hovland’s golf clubs decided not to accompany him on a business trip.

Worse yet, the 24-year-old Norwegian pro also arrived in Scotland sans suitcase, so whatever funky garb his sponsors at J. Lindeberg had scripted for his stay at the Scottish Open may not see the light of the day. (Your mileage may vary on whether that’s a good thing or not.)

His clubs and his clothes remain in Frankfurt, Germany, per a scoop from Espen Blaker of Eurosport published on Tuesday.

As you might recall, Hovland’s clubs were a late arrival to the season-opening Sentry Tournament of Champions in Kapalua, Hawaii. And once they got there, his driver had been snapped in two. He wound up tied for 30th in a field of 38 playing with a borrowed driver.

Hovland’s first-round tee time is set for 8:05 a.m. local time on Thursday, so time is of the essence.

It’s been an uneven year for the former Oklahoma State Cowboy. With LIV Golf rumors swirling, he’s still in search of his first top-1o finish since the Players Championship back in March.