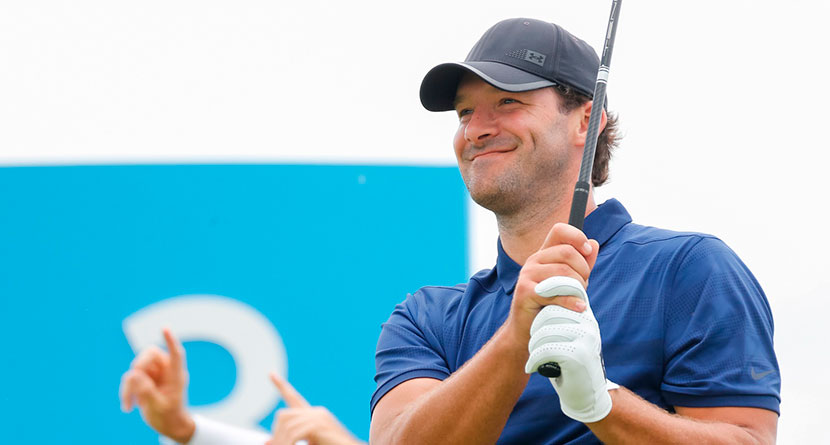 While the world sits in a holding pattern waiting for stay-at-home and shelter-in-place order to be lifted, preparations for the PGA Tour’s return in June are well underway.

However, just a few miles down the road from Colonial Country Club — where the Tour is set to restart on June 11 with The Charles Schwab Challenge — some PGA Tour pros and high-level amateurs will be teeing it up this week in the Maridoe Samaritan Fund Invitational at Maridoe Golf Club in Carrollton, Texas from Tuesday to Thursday.

The fundraising event will feature the likes of PGA Tour players Viktor Hovland, Scottie Scheffler and Harry Higgs, according to GolfChannel.com. The club’s most prominent member, Jordan Spieth, was originally expected to play, but a PGA Tour Player Advisory Council meeting on Tuesday has forced him to miss the event.

The member-only competition will incorporate more than a few new rules in order to accommodate health and safety precautions mandated by local and federal health advisors.

Here is the full field for the Maridoe Samaritan Fund Invitational, which begins Tuesday at Maridoe GC. Note that Spieth is not in it, as he will likely play as marker because of prior commitments.https://t.co/vyDaZGyeqc pic.twitter.com/BF7M8Q7XJB

During a mandatory Zoom meeting scheduled for Monday evening for the 72 players competing, officials will lay out the rules of the event, which include the absence of bunker rakes, carts and caddies. Players will be carrying or pushing their own bags, and they are each allowed to bring one guest. The rest of the event is closed to the public.

Players will not be allowed to arrive any more than 30 minutes before tee times. An official scorer will walk with each group, inputting scores and raking bunkers. Of course, social distancing protocols will be enforced as well.

The flighted event will feature an “elite flight,” which will house the pros and high-level amateurs, competing for a $27,000 purse. The rest of the $250 entry fees will be donated to the club’s caddies.

“Maridoe is thrilled to host the Maridoe Samaritan Fund Invitational and to set and represent the new standard in tournament performance while keeping our players safe and in good health,” Maridoe owner Albert Huddleston said. “Maridoe embraces the social-distancing responsibilities and is particularly suited to meet all the necessary criteria to have a safe and healthy tournament. This was a beautiful opportunity to contribute to the Maridoe Samaritan Fund and help those caddies who have been affected.

“If you do things correctly, follow guidelines and all the things required under the Dallas County order, then golf is a perfect sport to be allowed to play. Very few sports can meet the requirements. Maridoe is proud to showcase how competitive golf and social-distancing responsibilities, given this situation, can go hand and hand.”