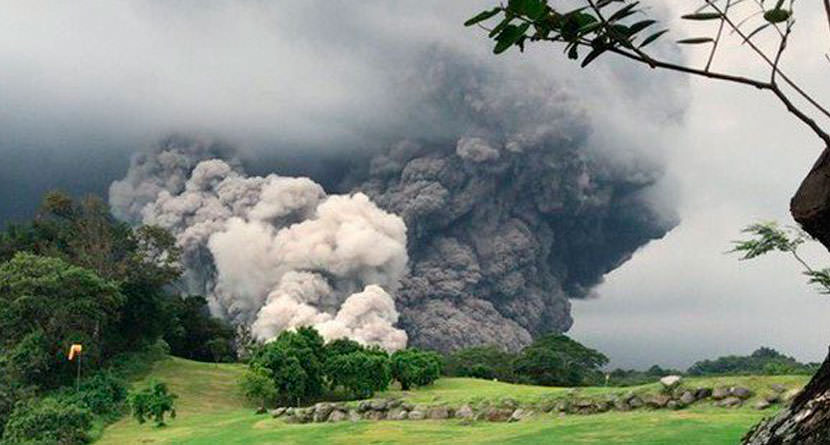 Nature can be scary, and just before noon on Sunday, it proved to be once again. The “Volcan de Fuego” or Volcano of Fire erupted in Guatemala, blanketing the surrounding areas in volcanic ash and pluming smoke as far away as Guatemala City, some 30 miles away.

Not nearly that far away, however, is La Reunion Golf Resort and Residences, which annually hosts a PGA Tour Latinoamerica event, the Guatemala Stella Artois Open. The resort was one of many to require evacuation after the eruption, which resulted in more than 3,000 people being displaced and the president of the country to declare a state of emergency. “AWESOME: This is how the eruption of #VolcánDeFuego was seen from golf courses and La Reunion hotel,” the translated tweet read. “The Administration of the place informed that the guests and visitors were evacuated.”

While consuming the eruption from a safe distance may have appeared awesome to the videographer, 25 people were confirmed dead and another 300 were injured in the aftermath.

La Reunion is about six miles away from the Volcano of Fire and touts on its website that it is “nestled in the shadow of four majestic volcanoes.” The Gutemala Stella Artois Open took place March 15-18 this year and was won by Ben Polland.

Here are some additional before and after pictures of the course and resort.