Wagner Gets Redemption At Q-Series After Penalty Knocked Her Out 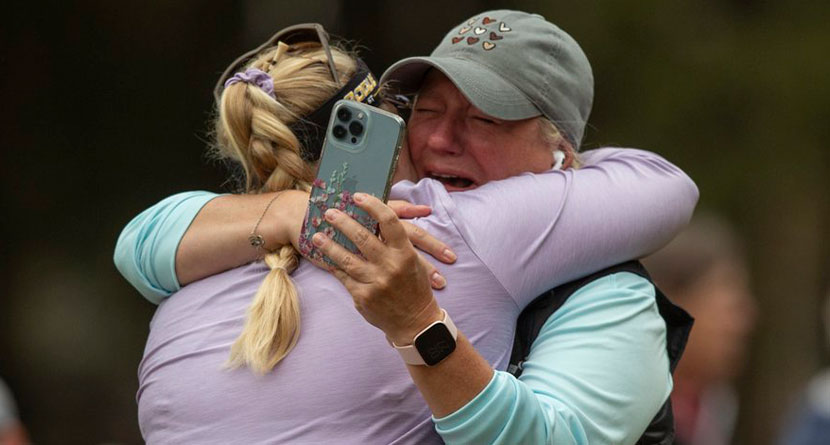 Last year at the LPGA Tour Qualifying Series, the 26-year-old University of Florida graduate self-reported a penalty on herself, ultimately costing her to miss the first cut by a single stroke

“It was the sixth hole of the first round,” Wagner said.  “I think I was 1-under at that point. I hit a good shot into the par-5 and I walked up, and I had my hands full. I had my yardage book and a tee to fix my ball mark and my caddie was waiting for me to throw him the ball. And I just picked it up.


“I literally had gotten 6 inches off the ground with it, and I was like, ‘Ah, shoot.’ I put it back down, marked it, no one had seen it. I knew right away it was wrong.”

Wagner did not blame the penalty on her missing the cut, but she acknowledged it may have messed up her mental game a little bit.

“After that, it kind of got away from me the rest of the week,” she continued, “and I missed the first cut by a shot, and you could nitpick 10 different holes out of that. But one thing I just had never counted on was like losing my mind for five seconds.”

A year later, she is heading to the LPGA Tour with her card for the first time.

“I tried not to cry all day,” Wagner said. “I’m so excited.” It’s just been a long journey. That’s what everyone here is working for. For me, I know I can compete there, and I’m really excited to have the chance now.”

Wagner is coming off a great season on the Epson Tour, finishing 31st on the money list. She closed the season with five top-35 finishes, including a pair of top-10s to play her way into this year’s Q-Series.

Wagner also admitted that last year she got ahead of herself and started counting her chickens before they hatched. This year, she took a much more patient approach, and she finished in a share of sixth place, one of 20 players in the field to earn category 14 status on the priority list.

A total of 46 players earned LPGA cards, with those outside the top 20 falling in category 15.

Players in category 14 will be ranked higher on the priority status list that fills tournament fields. Players are listed in the order of their finish at Q-Series.