The Part Of 16’s Party You Don’t Hear About 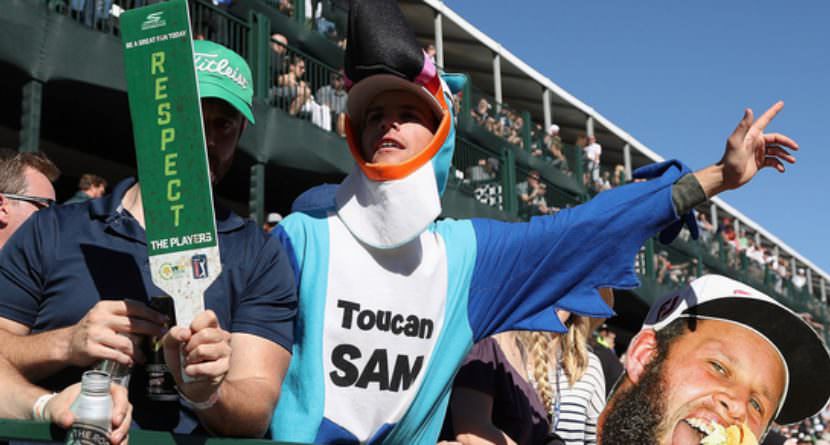 The 16th hole at TPC Scottsdale has become one of the biggest parties of the year. Perfect weather, seeming unlimited booze and 200,000 plus people together on a golf course will generally do that. It almost sounds too good to be true. Let’s just hope it stays that way because it appears safety may be a growing concern.

As with every party, there are always some guests who like to have a little too much fun. According to a Golf Digest piece written by Brian Wacker, he recounts some of the the ugly drunken tales of the 16th hole:

It takes not much longer to confirm through a police officer who spoke on the condition of anonymity because he’s not authorized to speak on such matters that last year one female had passed out from intoxication near a porta potty having defecated on herself. That was the least of her problems as she had a certain white, powdery substance around her nose that is illegal in all 50 states.

Speaking of the porta pottys, more than one officer also confirms the biggest complaint from fans is people having sex in them. Later, I overhear this very complaint from a woman to a friend after returning to her seat. The officers also confirm these will actually be the least of their problems among the liquefied masses of 204,904 at TPC Scottsdale this day, a record crowd for the event.

Sounds more like Woodstock than a golf tournament. Think this guy agrees…