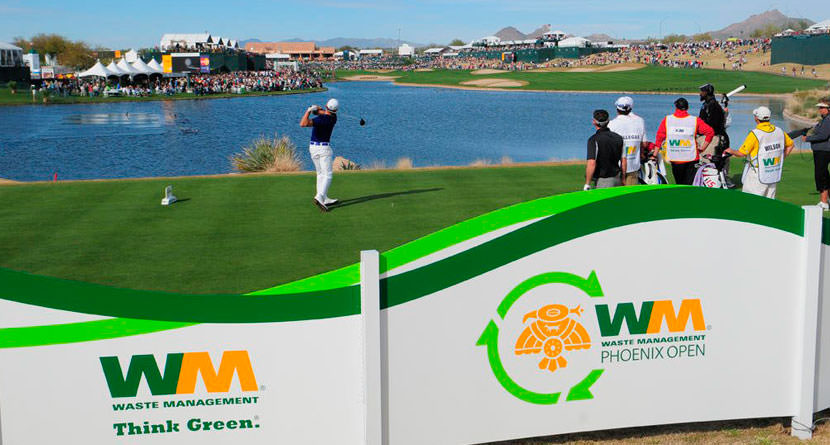 Normally at TPC Scottsdale during Waste Management Open week, the crazy and ridiculous storylines emanate from the stadium-style 16th hole, but on Wednesday, it was the 17th hole that made headlines.

During the pro-am festivities, an overzealous fan sought his 15 minutes of fame in the form of stripping down to his birthday suit and running around on the 17th green. His 15 minutes were cut about 10 minutes cut by security, although it sounds like he did a good job of entertaining the pre-tournament crowd as you can tell from the below video taken, which have been deemed acceptable for viewing.

AZCentral.com’s Chris Cole had more on the streaker.

On a day when celebrities took center stage at the Waste Management Phoenix Open Pro-Am, a naked man stole the show at the 17th hole on Wednesday afternoon.

As is typical with this kind of thing, the idiot – I mean, man – stripped off his clothes and ran out into the middle of the hole near the green.

A simple “streaker” search on Twitter revealed a few NSFW photos and videos, including one of the man break-dancing, practicing his golf swing and throwing sand up into the air from one of the bunkers. He also fell down a lot.

He received a standing ovation. https://t.co/hMfc8mNfFt

Azcentral features director Ginger Rough was out on the scene, where she said he lasted about five minutes before he was escorted off the course by security.

People were laughing, clapping and throwing golf balls at him, according to Rough.

He also received a standing ovation, which may or may not validate his actions in his mind.