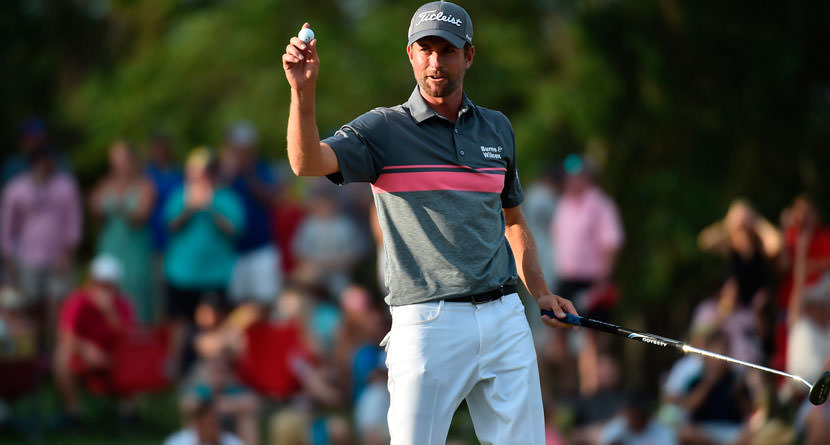 Playing with a lead isn’t as easy as it sounds. Sure, it’s an enviable position, but the only thing that would be memorable for the majority of golf fans is blowing said lead.

Webb Simpson was in the driver’s seat on Saturday at The Players Championship, leading by five strokes as the day began. Despite early runs at the lead from Tiger Woods, Jordan Spieth and Dustin Johnson Simpson’s stranglehold on the tournament never wavered on Moving Day.

Instead of coming back to the pack, Simpson inflated his lead to eight shots with an unlikely eagle on the par-5 11th hole.

Simpson would go on to bogey the par-4 14th hole, but birdie the famous island-green 17th to fire a 4-under par 68. Danny Lee is his closest competitor at 12-under par, seven shots back. Dustin Johnson is in third place alone at 10-under par.