Weir To Be International Captain At Presidents Cup In Canada 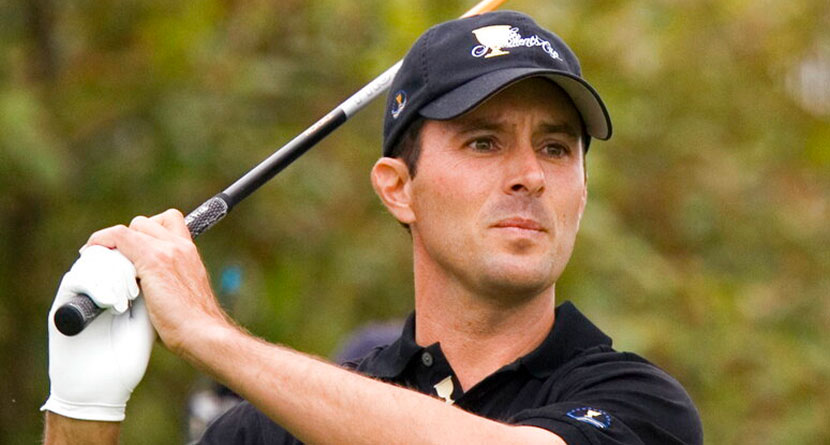 Former Masters champion Mike Weir has been selected as International captain for the Presidents Cup at Royal Montreal in 2024 as the Canadian tries to beat a U.S. team that has lost only once since the matches began in 1994.

Weir becomes the first International captain to lead his team in his home country since Greg Norman in Australia in 2011.


The Presidents Cup returns to Royal Montreal, the oldest golf club in North America, for the second time. Weir was a player in 2007 and took down Tiger Woods in a singles match, though the Americans will won.

“Presidents Cup has become such a big part of my career, so to be here in this moment announced as captain of the 2024 International Team is surreal,” said Weir, referring to it as the “experience of a lifetime.”

Weir has eight PGA Tour victories, none bigger than his playoff win at Augusta National in 2003 to become the first Canadian man to win a major.

He played in his first Presidents Cup in 2000, beating Phil Mickelson in singles, and played on four more matches, including the tie in 2003 in South Africa. He has a 13-9-2 record in five appearances.

The International team’s only victory was in 1998 at Royal Melbourne. The Americans won again this year at Quail Hollow, 17 1/2 to 12 1/2, against an International team depleted by players defecting to Saudi-funded LIV Golf.

Weir was an assistant the last three times under Trevor Immelman at Quail Hollow, Ernie Els at Royal Melbourne and Nick Price at Liberty National.

“Captaining the team at this golf course is going to carve out an entire new piece of history in my career that can’t be replaced,” Weir said. “I have such a deep sense of pride bringing the team home knowing that in my opinion, the people of Canada are the most loyal and passionate sports fans in the world. We are hopeful to have a few Canadians on the team that will help muster up some of the loudest roars the event has ever heard.”

The U.S. team has not announced its next captain. Davis Love III was captain in 2022, after having previously been a Ryder Cup captain in 2012 and 2016.