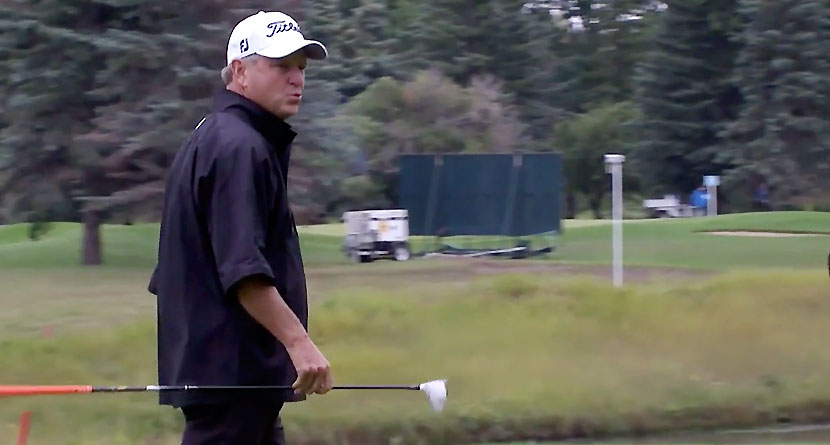 There are a lot of sayings in golf, but two of the most often-quoted passages collided this weekend on the PGA Tour Champions — “it’s better to be lucky than good;” and “the harder I work, the luckier I get.”

Facing 258 over water to the hole, Short Jr. pulled 3-wood and went for the win. Despite hitting it a little thin, the ball was traveling on a great line as it stretched to cover the penalty area guarding the front of the green.

“When I saw it in the air and I pushed it and I caught it just a hair thin, I was thinking I hope it just carries the water because I know it’s not getting to the green,” Short said after the round.

Short was right — the ball wasn’t going to the get the green — but it barely cleared the water, although not the hazard. Serendipitously, however, his ball ricocheted off a rock and onto the putting surface.

Was it lucky? Sure, but as Short two-putted for the win and spoke after the round, that luck was the result of a lot of hard work.

“Finally all the hard work you put into this stupid game comes to the top,” Short said. “It’s hard to win out here. It seems like (Scott) McCarron and all them have a pretty easy time of it, but for most of us, it’s not that easy. I’ve had some of my chances and you’ve got to take advantage of your chances, and today I did.”

To win a tournament ? pic.twitter.com/si2XDO1TG5

Short ended his 125-start drought with the victory, edging the aforementioned McCarron by one and Steve Flesch by two.