Westwood Takes Some Digs At The U.S. Ryder Cup Team 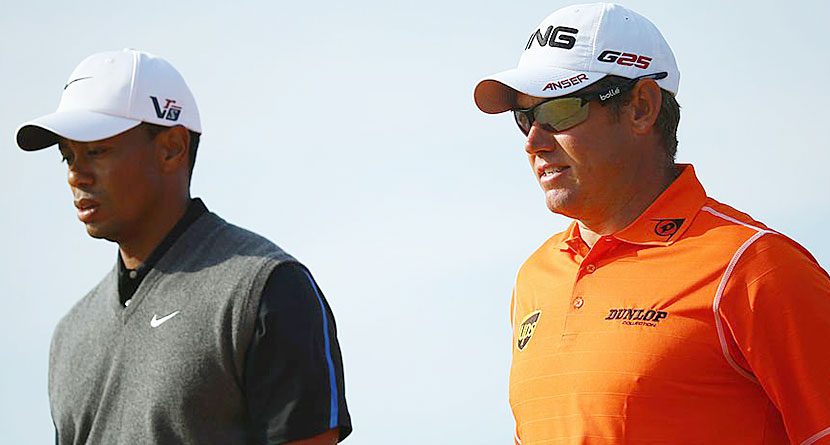 Just over a week away from the 2016 Ryder Cup, the first verbal grenade was launched by European stalwart Lee Westwood. The 43-year-old Englishman claimed he was simply making observations and applying common sense logic to it, but the underlying digs are pretty transparent.

@jlaheta76 @MattGinellaGC @GolfDigest thanks Jeffrey. I was only recalling what had been said in the past and applying common sense to it.

Westwood questioned Davis Love III being chosen for a second term as captain, the team chemistry the United States may or may not have and how the selection of Tiger Woods as a vice-captain could be detrimental to the team.

Lee Spall of ESPN.co.uk had the quotes.

On Davis Love III as a repeat captain:

“His [Love’s] captaincy at Chicago was great for a couple of days,” Westwood said, remembering how Love presided over his country’s rise and fall in 2012 at Medinah, when the team let a 10-6 lead slip in the singles on the final day.

“I don’t know if something went wrong on the Sunday, or the team didn’t play very well for some reason, but that will be in the back of their minds.”

On the U.S. team’s lack of chemistry:

“There seem to have been issues about team spirit and chemistry,” Westwood told ESPN. “Love’s has not picked Bubba Watson and I don’t know what that does for team spirit — he was first outside the points qualification and is No.7 in the world.

“The captain is obviously building them up a lot and making a few interesting decisions. They have have got a strong side and probably are favorites, but they haven’t won it for a while and they are playing in front of a home crowd — there is a lot of pressure on them.

“That is going to keep building in the next week or so and by the time the Ryder Cup comes around it is going to be pretty intense for them, the week in Minnesota.

“They have got this task force in place, they are obviously being very serious and doing as much as they can to win the Cup back. There is a lot of pressure on them.”

On Tiger Woods as a vice-captain:

“I don’t know what impact there will be from having Tiger around,” Westwood said. “They [the U.S. team] have always struggled to find a partner for Tiger that’s been successful.

“He could have an adverse effect in the team room. People have always seemed to try to do too much when they have partnered him. It might be different if he’s one of the vice-captains — you don’t know.”

Whether or not Westwood was trying to “recall what had been said and past and apply common sense to it,” or he was giving the United States the verbal dagger is for the eyes of the beholder to determine, but you can be sure that some Americans will use his words as motivation next week at Hazeltine.