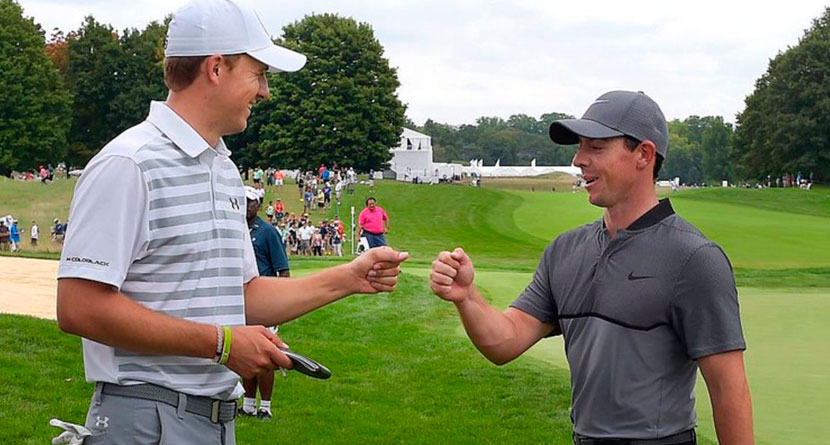 The PGA Tour unveiled its bracket on Monday night and golf’s version of March Madness, the WGC-Dell Match Play, is set to begin on Wednesday at Austin Country Club. You can catch early-week coverage of some of the biggest names in the biggest matches exclusively on PGA TOUR LIVE before the televised coverage begins on Golf Channel.

64 of the top players in the world were randomly drawn into 16 4-man groups, broken down into A, B, C and D groupings based upon rankings. Golf Channel held a selection special on Monday evening to fill out the groups, the results of which you can see here.

The featured matches on Wednesday and Thursday are headlined by Rory McIlroy, Jordan Spieth, Hideki Matsuyama and Patrick Reed. Friday matches will be streamed as well  on PGA TOUR LIVE, but with the volatility of match play, the Tour is holding off on announcing which matches they will feature.

The stage is set.

The first three days of the WGC-Dell Match Play will be live streamed on PGA TOUR LIVE beginning at 10:15 a.m. EST, giving subscribers just shy of 11 hours of live golf that otherwise would go unseen. Through the Tour’s partnership with Twitter, the first hour-plus of the PGA TOUR LIVE broadcast can be seen for free.

Here is PGA TOUR LIVE’s schedule for the Match Play.

PGATL will move to Featured Hole coverage at 4:00PM/ET on Wednesday, Thursday and Friday. Featured Hole Coverage consists of the 13th (Par-4) and 17th (Par-3).