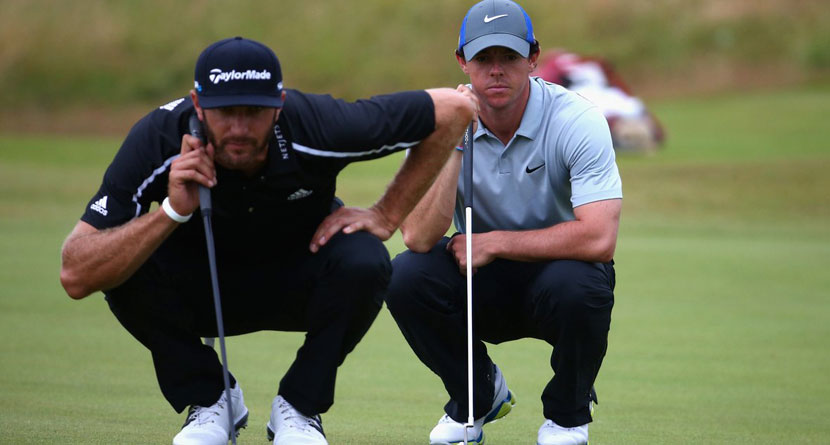 The world’s best players are convening south of the border in Mexico City for the first World Golf Championship event of the season. The WGC Mexico Championship becomes the PGA Tour’s second stop in the country along with the OHL Classic at Mayakoba. With storylines abounding from the largest city in North America, the beginning of Thursday and Friday’s competition can be seen exclusively on PGA TOUR LIVE before the televised coverage.

The 77-man field features 49 of the top-50 players in the world with No. 2-ranked Jason Day as the only top player missing from the field (withdrew due to illness). However, nearly every other big name in the sport will be on hand with 12 of the most popular players in the world playing the early portion of their first two rounds on PGA TOUR LIVE.

We’re in store for some unique elevation this week. https://t.co/qRp4UHsqGU pic.twitter.com/LEdMashMOv

We have an elite field this week at the @WGCMexico.

The first two rounds of the WGC Mexico Championship will be live streamed on PGA TOUR LIVE beginning at 11:30 a.m. EST, giving subscribers over eight hours of live golf that otherwise would go unseen. Through the Tour’s partnership with Twitter, the first hour-plus of the PGA TOUR LIVE broadcast can be seen for free.

There will be Featured Hole coverage at 2:00PM/ET. Featured Hole Coverage will consist of the 15th (Par-5) and 17th (Par-3) on Thursday and Friday.

Last year’s iteration, which was held at Trump National Doral, was won by Adam Scott, making the Aussie a back-to-back winner after claiming the Honda Classic crown the week prior. Scott held off Bubba Watson, Danny Willett and Rory McIlroy to earn the trophy.