What Tiger Needs To Do To Make The Tour Championship 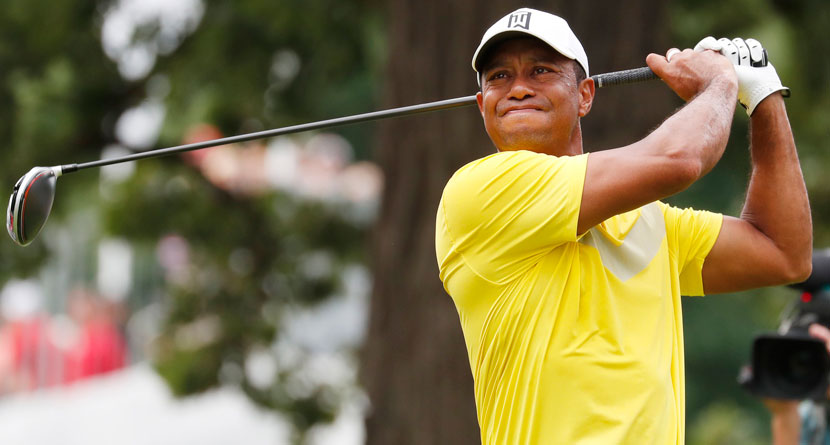 Chances were looking pretty dire for Tiger Woods’ to even be on hand to defend his Tour Championship title after back-to-back even-par rounds to begin the BMW Championship.

Coming into the second leg of the FedEx Cup Playoffs in 38th position, Woods needed a solid week to move up the standings and earn his way into the top-30 who advance to the season finale at East Lake Golf Club next week.


However, a bogey-free 5-under par 67 gave Woods a fighting chance heading into Sunday’s final round at Medinah Country Club. Needing an 11th place finish, Woods enters the day at 7-under par and four shots out of the magic number.

“I felt good,” Woods said after the round. “Basically the only difference between today and last couple of days I was able to clean up the card. I didn’t have any stupid mistakes where I made bogey from bad spots or from easy spots. I converted a nice up and down on 5. I did the little things that was able to keep the momentum going and made a couple putts here and there.”

Woods said on Friday that he knew what it would take to get to 11th place or better to earn his way to Atlanta.

“I figured I’m going to have to do something in mid-60s for two straight days there,” he said. “Left myself pretty far behind after the first two rounds.”

Woods will likely need another round of 67 or better. With the course playing to a field average of -2.23, Woods will likely see that 11th place number fall somewhere around 12 or 13-under par, which means anything worse than a mid-60s round could mean his 2019 PGA Tour season would be over.

He tees off in the second group off the 10th tee at 11:30 a.m. EST alongside Webb Simpson and Abraham Ancer.