What Would A Tour Pro Shoot At A Regular Course? 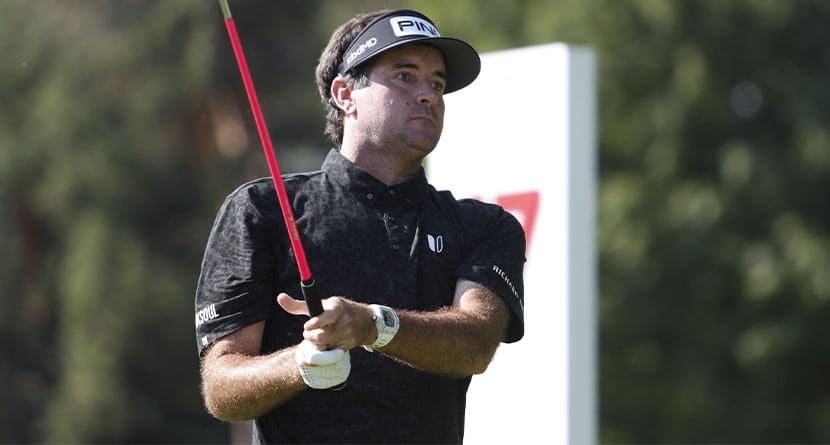 It’s a tale as old as Tom Morris: what would a Tour pro shoot on a “regular” course; not one with grandstands and spotters, perfect greens and manicured bunkers.

Most golfers know that the best players in the world are insanely talented and perhaps even more impressive, unconscionably consistent, but the question remains as to how one of the best in the world would perform at a course that weekend hackers call home instead of TPC Super Private Golf Club.

The only way most golfers are able to prognosticate these scores is by applying the few publicly-posted handicaps of top pros. Taking scores from 2016 to 2020, Lou Stanger of DECADE Golf projected the average Tour pro’s handicap to be around a +5.4, which extrapolated and put to most courses would put pros in the mid-to-high 60s every round.

Have you ever wondered what the USGA index would be for a PGA Tour pro if they posted scores like we do?

Shot out to my buddy Clay Ballard (@TopSpeedGolf) for the idea.

Again, however, these are based on Tour scores played on the best-manicured courses in the world, so what would a Tour pro shoot on your home course. The sample size is small, but in recent years we’ve gotten two definitive answers, and they probably don’t do much to dispel the grille room argument between a pro shooting a “stupid low” score to a “pretty solid” score.

On the one hand, there’s Steve Marino, a career “journeyman” who has played in 222 PGA Tour events and made over $10 million doing so. Back in 2007 as a 27-year-old rookie on the PGA Tour, Marino agreed to meet Washington Post writer Eli Saslow at East Potomac Golf Course in Southwest Washington D.C. for a round a true municipal course.

Marino bombed 300-plus-yard drives around the 6,600-yard course, but failed to go low as he dealt with the usual array of distractions and obstacles that make up municapal golf: slow, bumpy greens, maintenance workers in the fairway and slow players hacking it around in front. He could only manage a 4-under par 68.

“It’s just kind of like you hit it and guess where it goes on this course,” Marino said. “I don’t think I’d ever shoot over par on a course like this, but I’m not sure I could ever go really low. On nice courses, you know when you hit a good shot that you’re going to get rewarded for it. So if you’re playing great, you score great. Here, you just never know.”

Fourteen years later, Bubba Watson, more of a household name has taken on the challenge for a series he’ll be doing with Golf Digest, which will take the two-time Masters champion to public courses nationwide.

Beginning at Starfire Golf Club in Scottsdale the week after the Masters, Watson shot 8-under par 62 with Golf Digest’s cameras rolling.

“Probably could have been lower, but you don’t want to disrespect a course,” Watson said. “This was challenging. It’s very playable for everyone, but these greens can be tricky. There’s more break in them than they look.”

Does this settle the debate? Of course not.

Just like a weekend hacker is capable of a 76 one day, the next time out it could be a 9o. While the pros’ dispersion of scores may be lower and tighter, depending on the course, the conditions and the quirkiness, there is no automatic answer, but know that a traveling +5 or +6 handicap is really, really good.