When Will Tiger Woods Play Again? 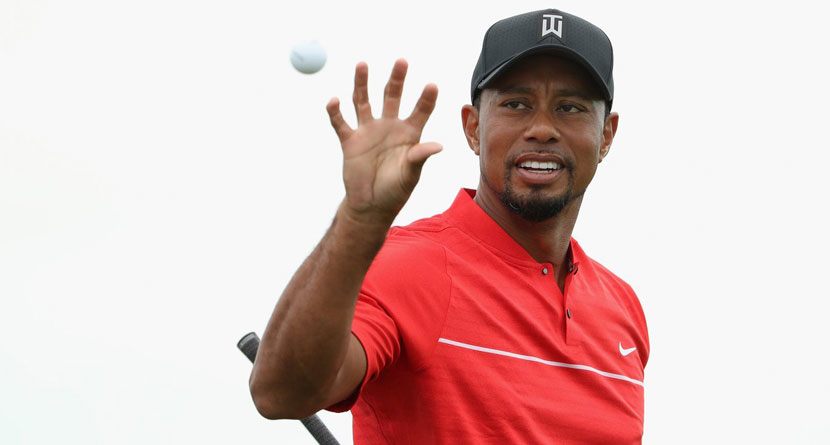 The first thing many golf fans wondered after watching Tiger Woods sign for a final-round 76 at the Hero World Challenge was how he felt physically after playing 72 competitive holes for the first time in 15 months. The second thing they wondered was when they could see him do it again.

Golf broadcasters are waiting with bated breath as well.


ESPN.com’s Bob Harig got a sense from Woods’ agent, Mark Steinberg, that Tiger could be teeing it up as January 19, but that won’t be on the PGA Tour.

Woods has yet to say where he will make his 2017 debut, and Steinberg said no decisions have been made. But Woods will have plenty of choices, including lucrative ones that come with appearance fees on the European Tour.

“I’ve been in conversations with a couple of overseas tournaments early in the year,” said Steinberg, who declined to name them. “And there’s been some talk about the middle of the year and the end of the year. Tiger and I have not talked about his schedule yet. We wanted to get through this week and see how everything went. We will do that in the next week or so and look at the schedule.”

Although nothing is definitive, likely scenarios include the Farmers Insurance Open at Torrey Pines in late January, and the Genesis Open at Riviera and the Honda Classic — near Woods’ home in Florida — both in February.

Adding an overseas event makes things a bit trickier. Woods has played the Abu Dhabi HSBC Golf Classic and the Omega Desert Classic in the past, and those tournaments bookend the Farmers Insurance Open. Playing Abu Dhabi would mean a 12-time-zone change to San Diego for the next event. The Dubai tournament is two weeks after Abu Dhabi and would allow for a week off following San Diego; it would also give him a week off before Riviera.

A lot of Tiger’s schedule will be dictated by his health. Assuming he can play back-to-back weeks, he could potentially play five out of six weeks from the end of January into the middle of February if he were to tee it up in Abu Dhabi, San Diego, Dubai, Los Angeles and at his hometown Honda Classic the week after the Genesis.

Smart money is on Woods playing one or the other of the Middle East events — Abu Dhabi makes the most sense from a travel perspective. From there to Augusta, the Arnold Palmer Invitational before the Masters since he likely will not qualify for either of the two World Golf Championship events barring a win or two.

After Bay Hill, Tiger would have a two-week break before the first major championship of 2017.