Why Do Fans Hate Patrick Reed? 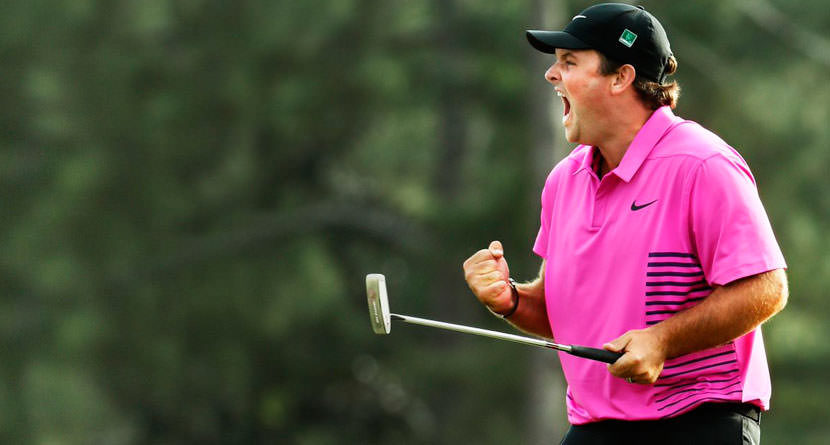 When Patrick Reed walked up the 18th fairway on Sunday at Augusta National, two putts away from cementing himself in golf history as a Masters champion, something interesting happened around the 18th green: he received a polite, reserved ovation.

It wasn’t the raucous welcome Masters champions have come to know or expect; it wasn’t even the welcome levied for an out-of-contention Tiger Woods earlier in the day — although that reaction can be easily explained — or those presented to Reed’s foremost chasers at the 2018 Masters, Jordan Spieth and Rickie Fowler.

It was different. Quieter.

Anyone active on social media has seen the posts, memes and videos that play up Reed’s “Captain America” alter-ego. However, there’s a darker corner of the social media space that flat-out dislikes Reed, seemingly on a personal level.

Most of it dates back more than a decade and was brought to the world in Shane Ryan’s 2015 book, Slaying The Tiger: A Year Inside the Ropes on the New PGA Tour. Ryan detailed Reed’s tumultuous and short stint at the University of Georgia where he was unceremoniously dismissed from the golf team after teammates accused him of cheating in qualifiers and stealing money and a putter from teammates’ lockers.

Ryan, whose investigative work on Reed as well as those others documented resulted in the book reaching the top of The New York Times’ bestsellers list, explained the day after Reed’s Masters victory his theories on why Reed doesn’t enjoy the same adulation as some of his peers.

“I think there is a double standard,” Ryan said on Monday. “There is an underlying, almost subconscious belief that someone like Reed is acceptable at a Ryder Cup. He is a necessary hammer. But at majors, we long for a player that fulfills a romantic, warmer narrative. Suddenly, Reed is unpalatable.

“Where Rory (McIlroy) was seen as a hostile force at Hazeltine, he was the favorite at Augusta — and later Spieth, and later Fowler. Majors are for white knights, not the dragon. We are unhappy when the monster we let out of the closet for combat refuses to slip back into the shadows.”

During a qualifying round prior to a tournament, according to sources close to the team, Reed hit a ball far into the rough. When he approached the spot, he found another ball sitting closer to the fairway, and was preparing to hit it when several of his teammates confronted him. Reed pleaded ignorance, but the other Georgia players were convinced he had been caught red-handed trying to cheat. That same fall, per those same sources, several items went missing from the Georgia locker room, including a watch, a Scotty Cameron putter, and $400 cash. When Reed showed up the next day with a large wad of cash, the sources say, a teammate confronted him and asked how he’d come by the money. Reed said he’d played golf with a professor at the school and hustled him out of the cash. The player in question took this claim to the professor, who had no idea what he was talking about—it had been weeks since the man had played with Reed.

Again, no action was taken, but as far as his teammates were concerned, Reed was guilty of cheating and thieving. Even now, on Tour, a source told me that there’s a private joke among certain players when Reed enters a locker room: “Hide your things,” they tell each other. “Patrick’s here.”

Reed’s college transgressions aside, a more personal and contentious story has emerged in recent years that seems to rub people the wrong way: he is estranged from his immediate family.

The Knockdown’s Alan Shipnuck detailed the schism between Reed, his wife, Justine, her family and his parents, Bill and Jeannette, and younger sister, Hannah.

“Bill and Jeannette Reed and their daughter Hannah were not welcome at Augusta National,” Shipnuck wrote. “Patrick has made that much clear, the final twist of the knife in an estrangement that dates to 2012. So the Reeds gathered at the house their son lived in while leading Augusta State to two national championships. Memorabilia from his playing career is still scattered about: crystal trophies, photographs on the walls, a couple of commemorative golf bags. The bedroom he hasn’t stepped foot in for so long is still universally referred to as “Patrick’s room.” As the Masters played out the soundtrack was buzzing and beeping phones; Bill alone had awakened to 152 text messages. The Reeds lived and died with every shot on the back nine, hooting and hollering at the TV. When the final putt dropped, they clung to each other like survivors in a life raft. Struggling to catch her breath, tears streaming down her cheeks, Jeannette said, “I can’t believe my son is the Masters champion. It’s surreal.” It was a dizzying mix of pride and pain.”

From a friend who was in the Grill Room while Reed and Rory were playing 18 on Sunday. “When Reed hit his first putt too hard, as it was going past the hole, one of the green jackets said out loud: ‘Roll. Roll.’ “

There have been social media battles fought in the public eye, yet Reed has never really taken the subject on when asked on the record. Shipnuck made the latest attempt on Sunday night, the buzz of a memorable Masters final round still emanating.

“Your Augusta roots run pretty deep,” Shipnuck began. “I’m just wondering if it’s bittersweet to not be able to share this moment with your parents and your sister?”

“I’m just out here to play golf and try to win golf tournaments,” was Reed’s response.

Going to watch a tennis match to preserve some sanity between now and 2. Until then:

My life story on Reed, triumphs and stumbles: https://t.co/Djjopp1cjQ

The fallout from that story: https://t.co/oKCHxA1hV6

Especially in matters of family, there are multiple sides to every story, reasons for every decision and rarely are they easily made. But on Sunday at Augusta National, the patrons surrounding the 18th green — and others watching around the world — seemed to have already made their judgment.

It was evident how they felt about the new Masters champion in their applause.