Why Koepka Snapped Two Sets Of Clubs Before Winning In Phoenix 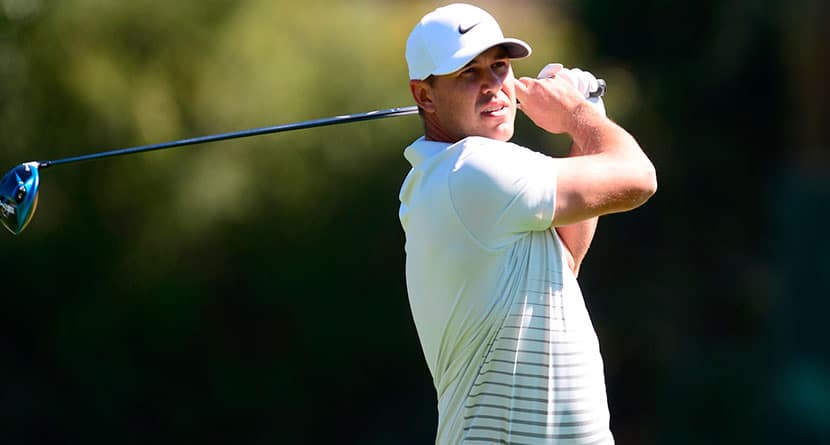 Brooks Koepka’s carefully crafted “I really don’t care about golf” persona took another hit this week at the Genesis Invitational after he revealed once again that he does, in fact, care about his career.

In his first start since his come-from-behind victory at the Waste Management Phoenix Open, Koepka elaborated on the emotions he clearly felt and was dealing with in the lead-up to and immediate aftermath of his eighth PGA Tour victory.

“There was a period maybe for about two months where I just questioned whether I was ever going to be the same, whether I was even going to be somewhat remotely the same golfer that I ever was,” Koepka admitted after winning in Phoenix. “I went through it mentally. I think that’s probably the toughest thing, where you don’t know if you’re ever going to be the same competitor that you were. You go through some real dark places, and it’s not a fun place to be.

“My knee, no matter how much work and pain I was doing with Derek, my trainer, it just felt like it wasn’t progressing. And that’s the frustrating part, when you feel like it’s not going anywhere. But we stuck with it. Those dark places, a lot of tears, questioning yourself, and in dark places mentally. You’ve got to come out of that.”

‘Those dark places, a lot of tears’ – Brooks Koepka has spoken about his grim mental battle with injury
👉 https://t.co/ud9nGge3FU pic.twitter.com/SoSt0ihFha

His journey back to the winner’s circle was still a topic of conversation three weeks later as he prepared for his next start at Riviera Country Club. Koepka was asked about getting antsy to win, over-inflated expectations and impatience with his game. He revealed that not only were all those things factors, but frustration also crept in.

“As far as leading up to it, yeah, I was frustrated,” Koepka said on Wednesday. “I snapped two sets of irons after playing Mexico and then after Torrey and I don’t really do that. So there was quite a bit of frustration, but at the same time you’ve just got to stick it out.

“I think I was expecting to win and I think that was the hardest part, I felt like my game was right where I wanted it to be, exactly what I wanted, but at the same time having to manage the expectations because you’re like, ‘all right, I’m back, I’m back, I’m back’ and the results aren’t there. That’s frustrating.”

The honesty is refreshing, but you don’t just get to say you snapped 20-odd golf clubs in a press center without getting a follow-up.

“Just to clarify one last thing, when you say you snapped two sets of irons, did you literally just take every one of them and crack them over your knee?” a reporter asked. “Is that what you’re talking about?”

“Yeah, it was over my knee,” Koepka responded. “I did it at the house. I wouldn’t do it so everybody else could see. It was in the living room, I walked right into the house and just crack right over the knee.”

When asked if there was video of the incidents, Koepka said no, but he had taken pictures and shared them with “all (his) boys.” Perhaps the most surprising twist of all of it was that Eamon Lynch, a writer for Golfweek.com, fell into the category of one of Koepka’s boys.

Brooks Koepka wasn’t kidding when he said today that he snapped clubs over his knee in frustration when he missed a couple of cuts late last year. These were once in his bag. 😂 pic.twitter.com/OZYeqxL8fJ

“(Snapping clubs) is not a common ritual and I’m not one to break clubs or do anything,” Koepka concluded. “I mean, you see me on the golf course, I don’t really slam clubs, don’t get too upset. Just frustration. I’ll be honest, I didn’t even come out of my room on Saturday at the house we rented (after missing the cut at Torrey Pines). I don’t think I came out of the room for about 30 hours or so, I was so mad at myself, didn’t want to talk to anybody.

“I was really agitated, really pissed off. Sometimes you need that. Sometimes you just need to not reset but really think about, ‘all right, hey, this is what I’ve got to do’ and I did it, I guess.”