Will Tiger Be A Presidents Cup Captain’s Pick? 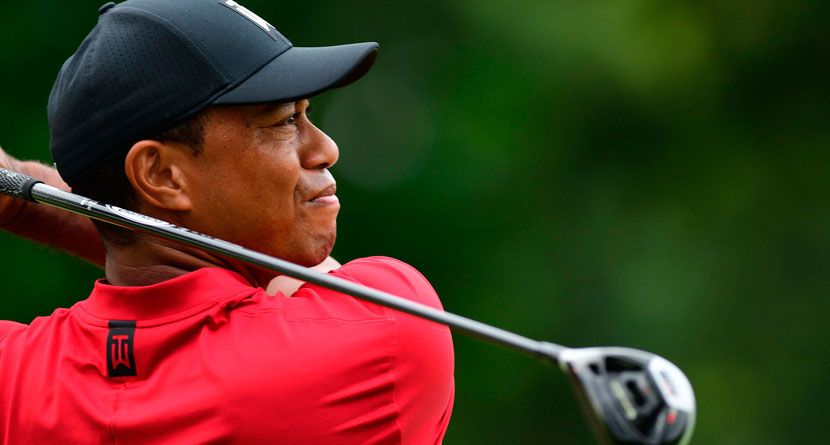 Less than 24 hours after his 2019 PGA Tour season came to an end, Tiger Woods was on the phone with reporters detailing the eight automatic qualifiers that he will captain in Melbourne, Australia later this year in the Presidents Cup.

Despite Woods’ Masters victory, his otherwise barren schedule left him on the outside looking in as it pertained to automatic qualifiers, but the question of whether he would be willing to tee it up as a playing captain is still on the minds of many in the game.

“That’s up to myself and the vice-captains and eight guys (who already made the team),” Woods said Monday. “I’m going to keep an open line of communication with my players and my vice-captains to find the four guys that they want to go down there with and who best fits the team.

“I’ll be playing with a lot of the guys (at home). They’re going to be getting ready for some of the fall events, we’ll have some matches, and that’s always fun because we’re able to talk trash and have a great time and try and get in one another’s pockets. That will be something that I will definitely rely on.”

Now his season is over, what is @TigerWoods going to do for the rest of the year? pic.twitter.com/qJaX6p5Q3B

“It’ll be fun to talk to Fred (Couples) and Stricks (Steve Stricker) and Zach (Johnson) and the eight guys about who do they want on the team,” he said. “Some of the guys who are going to keep playing who are outside of the top eight showed some game and we’ll have a lot of communication with those players as well. We want guys who want to and are excited to go down to Australia and represent our country, and on top of that, are going to bring some game and fit into the team.”

As far as Woods’ plans go in the offseason, he confirmed he would be playing one official PGA Tour event in Japan, the Zozo Championship, as well as his Hero World Challenge in the Bahamas the week before the Presidents Cup.

“I’ve gotta talk to the vice-captains and the top eight guys and whether or not they want me to play in Australia,” he said.

Woods ended the automatic qualifying period in 13th place. He and his vice-captains will make their four captain’s selections on Nov. 4 following the WGC-HSBC Champions in China. Should Woods choose himself to play, he would be the first playing captain since Hale Irwin in 1994.

Among those just missing out on automatic bids were Gary Woodland (No. 9), Tony Finau (No. 10), Rickie Fowler (No. 11), Patrick Reed (No. 12). Phil Mickelson ended the qualification period in 16th place in points.