Zalatoris Out Of East Lake And Presidents Cup With Bad Back 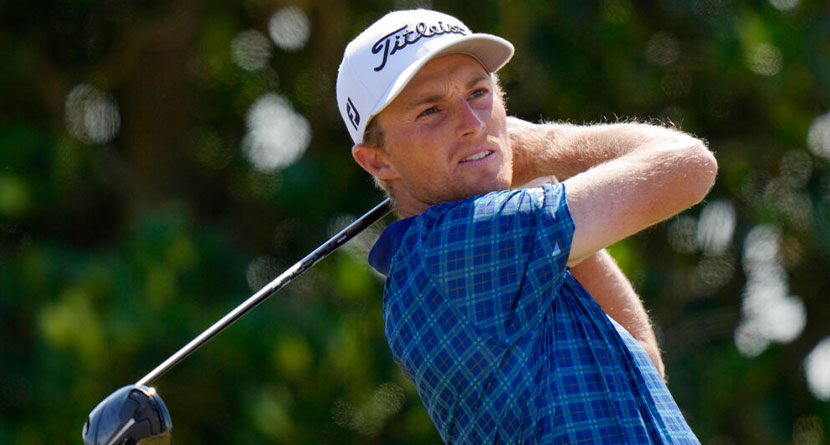 ATLANTA (AP) — Fresh off his first PGA Tour victory, Will Zalatoris is out of the Tour Championship and the Presidents Cup because of two herniated disks.

Zalatoris was the No. 3 seed going into the FedEx Cup finale and the chase for the $18 million prize, meaning he would have started three shots out of the lead.

The field was reduced to 29 players with his withdrawal and everyone keeps their seeding and how far behind they start Thursday at East Lake behind Scottie Scheffler.

The injury is serious enough that Zalatoris already has ruled himself out of the Presidents Cup on Sept. 22-25 at Quail Hollow in North Carolina. Zalatoris finished seventh in the standings, one outside the automatic qualifiers, but was a shoo-in to be a captain’s pick.

Zalatoris was playing through obvious pain on Saturday. pic.twitter.com/782Xo6IVU8

Zalatoris, a runner-up in the PGA Championship and the U.S. Open this year, won the FedEx St. Jude Championship two weeks ago in a three-hole playoff for his first title, cementing his status in the growing list of young stars in golf.

But he pulled out Saturday in the BMW Championship last week with what he described as a tweak in his back he experienced on the third hole of the third round. The hope was to get rest and treatment so he could challenge for the FedEx Cup.

Will Zalatoris with one of the mostly costly back injuries of all time. Two herniated discs in his back force him out of the Tour Championship and Presidents Cup. Instead of starting just 3 back of a chance to win $18 million, he’ll finish 30th with just $500k. Brutal

“After Will’s withdrawal from the BMW Championship on Saturday, his medical team determined that the source of his back pain is two herniated disks. Unfortunately, this means that Will is unable to play this week at the Tour Championship,” his manager, Allen Hobbs, said in a statement released by the PGA Tour.

The 26-year-old Zalatoris has risen to No. 9 in the world in just two full years on the PGA Tour. His first runner-up finish in a major was in the 2021 Masters behind Hideki Matsuyama, and he has played some of his best events on strong courses.

Until winning two weeks ago, he had playoff losses this year at Torrey Pines and Southern Hills in the PGA Championship. At the U.S. Open, he had a 15-foot putt that caught the lip of the cup to force a playoff.

The Tour Championship is the end of the season, and Zalatoris has time on his side. It’s possible he would wait until next year at the Sentry Tournament of Champions at Kapalua to play again.