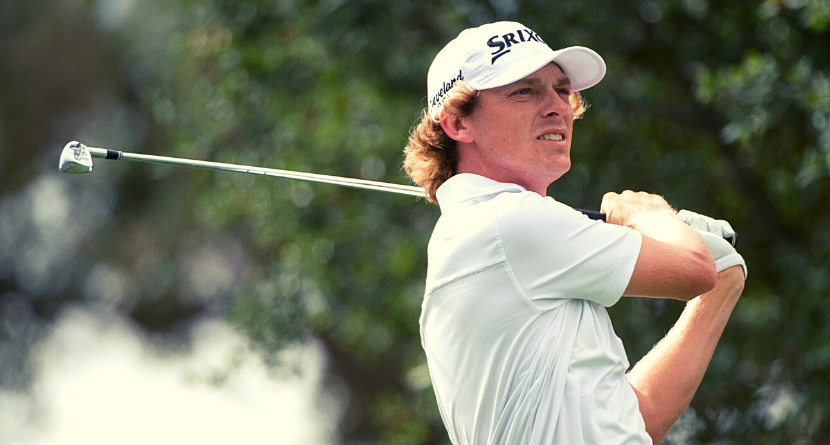 Former PGA Tour pro Willy Wilcox was the kind of player his peers envied, his natural ball-striking ability and knack for artful escapes making him a constant threat to go low. But on Monday Wilcox went public with a dark secret: the lengthy battle with drug addiction that derailed his once-promising career and nearly cost him his life.

Sharing his story with fellow pro Mark Baldwin for the golf website Fire Pit Collective, Wilcox provides the unsparing details of his spiral and professes his hopes of helping others unburden themselves from the very same darkness.

Ironically enough, Wilcox notes, he was initially suspended by the Tour for the relatively tame offense of smoking marijuana.

“It’s just so crazy I lost the beginning of my rookie Tour season because I got caught doing things that are now legal and reasonably safe,” Wilcox told Baldwin. “I still can’t believe it wasn’t the other stuff.”

On the PGA Tour, @willwilcoxgolf was known for the purity of his ballstriking and his eccentric behavior. But he had a secret: a raging addiction to heroin and pills. Now he has come clean to @markbaldwin1, in hopes of saving others.

Asked to expound on what exactly the “other stuff” was, Wilcox revealed the stunning depths of his personal hell.

By his own admission, there was a time during his rookie campaign in which Wilcox experienced withdrawals every time he played. He slept very little between rounds and consumed “ungodly amounts” of drugs that put him “an inch from death.”

Now on the path to getting — and staying — clean, Wilcox, 35, is giving lessons in his native Alabama while keeping the dream alive of resuming his professional career by competing in local events and Monday qualifiers.

“I made millions of dollars playing on professional golf’s biggest stage and blew a significant percentage of those winnings on drugs,” Wilcox said. “All of these things happened without almost anyone knowing.”

Splitting his time between the University of Alabama at Birmingham and Division II Clayton State University, Wilcox was a three-time college All-American. He became the fourth player to record a round of 59 on the Korn Ferry Tour in July 2013 amid a season that earned him his PGA Tour card at the tender age of 27.

But by 2017, Wilcox had lost his Tour card. He continued to play in KFT events but struggled to keep his demons at bay. All the while, his contemporaries continued to marvel at his natural gifts and generosity of spirit.

“My biggest memory of Will’s golf is sitting there thinking this guy’s gonna be on Ryder Cup teams,” said Lanto Griffin, whom Wilcox once employed as a caddie so the struggling young pro could make ends meet. “This guy’s gonna win majors. This guy’s gonna win multiple times on the PGA Tour. He hits the middle of the face more than anyone I’ve ever seen.”