Tour Pro Gets DQ’d Over Rules Issue, Then Doesn’t 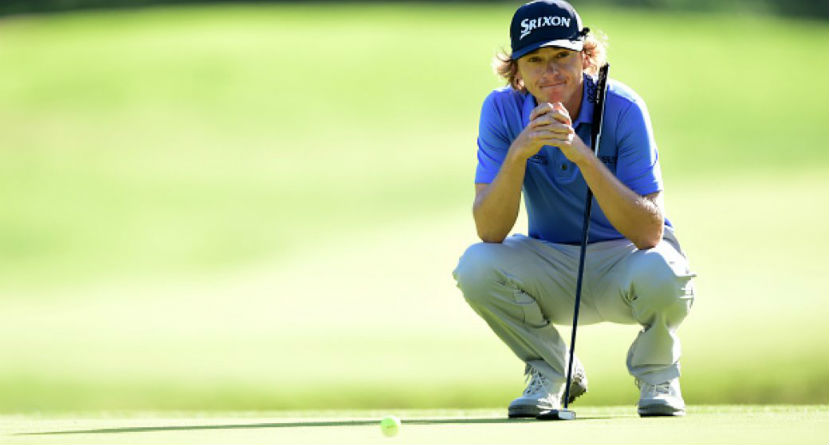 In a world where golf’s governing bodies are taking measures to simplify the game, some rules are still too confusing for their own good. Willy Wilcox learned that the hard way on Saturday morning during the conclusion of his second round at the Wells Fargo Championship at Eagle Point Golf Cub in Willmington, North Carolina.

After darkness suspended play on Friday, Wilcox came back in the morning like usual, however, he swapped out a balky putter overnight, which violates rule 4-4a which states that a player who starts a stipulated round with 14 clubs is limited to using those clubs for that round. A club can be replaced during the round only if it is damaged during the normal course of play and is deemed unfit.

Wilcox played the fourth and fifth holes with the new flat stick (his 13th and 14th of the round), and then realized his gaffe. He called a penalty on himself, but that’s where things took an unexpected turn. A breach of rule 4-4a should result in a two-stroke penalty for every hole played, with a max of four strokes assessed per round. In any typical situation, this would’ve been a four-shot penalty.

However, according to Wilcox, it appears that was never made clear to him. Actually, it was quite the opposite. He took to Twitter to explain the situation:

Made an oops. Changed putters mid round.. over night.. thats a dq. Called self on it. Buh bye see ya n dallas

Jus got off phone with head rules official from Tour. Its a 4 shot penalty not a DQ. Jus an fyi

@ToddABailey it was a 4 shotter after i was told it was a DQ. If they would’ve gotten it right I would’ve been 5 off cut with 4 to play. ✌?

There was no indication that Wilcox’s original putter was damaged, but the fact is even with the four-stroke penalty, he still would’ve been well outside the cut line and missed the weekend.

While the argument can be made that a professional should know the rules, at the same token, the players need to be provided the correct information in a timely manner.