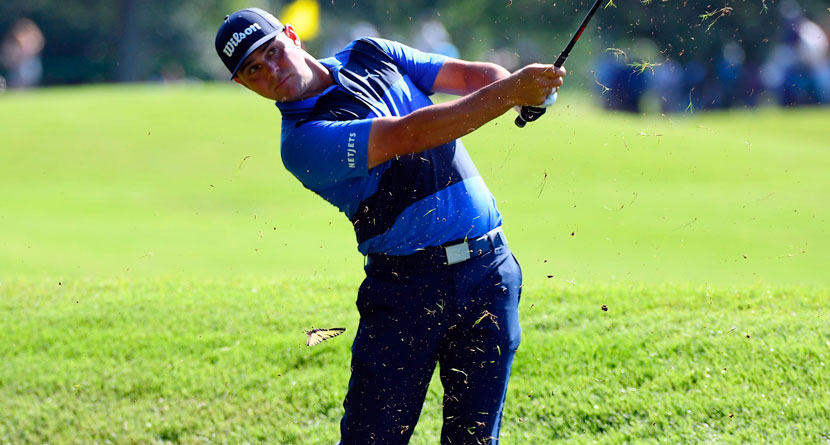 The 30 PGA Tour players who had the best all-around year are playing in this week’s Tour Championship at East Lake with some pretty ridiculous money on the line, so the financial consequences of every shot are enormous.

Hundreds of thousands of dollars can change hands as the result of one bad hole, and for reigning U.S. Open champion Gary Woodland, he may have seen more than a few Benjamins fly out the window on Friday afternoon when he triple-bogeyed the second-easiest hole on the course.

Beginning the week in 11th place at 3-under par, Woodland fired an opening-round of 2-under par 68 to move him inside the top-10. He had another solid round going on Friday when he reached the par-5 18th hole at even par.

A decent drive put Woodland 249-yards away in the intermediate rough. He hit a lackluster layup to 55 yards in the right rough and then did the unthinkable.

Professional golf player and reigning U.S. Open Champion, Gary Woodland, bladed one into the clubhouse today. Weird stuff can happen to anyone. pic.twitter.com/Sbz6OsS947

Facing a juicy lie in the rough, Woodland bladed his wedge over the grandstand behind the green and out of bounds into the back of the East Lake clubhouse.

Things didn’t get any better from there. Woodland took a penalty and overcompensated on his next swing, chunking it only 20 yards in front of him. He would pitch on from there and two-putt for a triple-bogey 8.

The triple left Woodland to sign for a 3-over par 73, which dropped him down to 2-under par for the tournament. Thankfully for Woodland, there is still a lot of golf left to be played.

After making three consecutive birdies on the front nine of his third round, Woodland was able to recoup the three shots he lost on Friday evening and return inside the top-10 as he and the rest of the field will endure a marathon Sunday.

Theoretically, Woodland’s current position of T8 would earn him just under $900,000. Three strokes better would pay $400,000 more as things stand as of this writing.