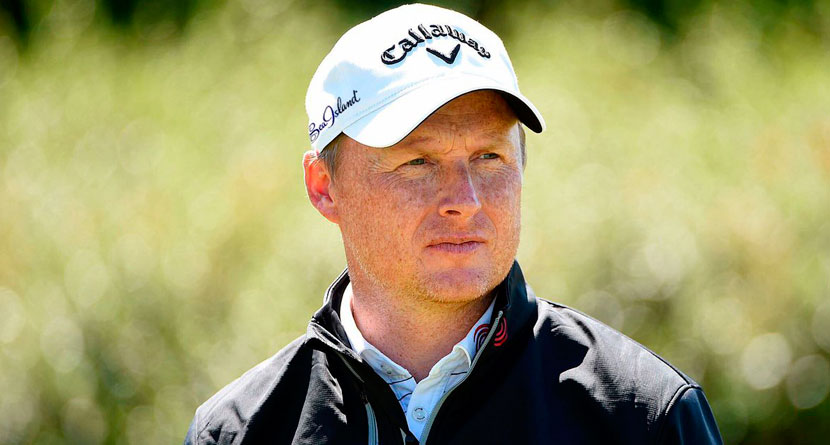 By all accounts, Gary Woodland’s U.S. Open win last week at Pebble Beach was one of the most well-received major championship victories among his peers in a long time. And the more you hear about Woodland and his family, the easier it is to root for the newly-crowned U.S. Open Champion.

In his champions press conference, Woodland was quick to deflect praise from himself to his support staff — his wife, his former swing coaches Butch Harmon and Randy Smith, his new swing coach Pete Cowan and his short game coach, Phil Kenyon.

Long known as a bomber and supreme ballstriker, it was Woodland’s short game that shined at Pebble Beach en route to his three-stroke victory. Woodland, who had ranked 120th on the PGA Tour in strokes gained putting, finished second in the field at Pebble with at +8.29 strokes gained-putting.

“Pete (Cowan) has helped me, Phil Kenyon has helped me, put me in situations for the moment,” Woodland said Sunday after his round. “And fortunately I didn’t have a shot this week that I hadn’t practiced, and that’s pretty good.”

In the aftermath, his short game coach, Kenyon, reached back into his social media mentions to call out a doubter who questioned why the British coach was taking payment from a player who was performing so poorly on the greens.

Phil Kenyon taking money from Gary Woodland to coach putting is more egregious than me selling sports advice. It’s a battle of chicken between which one of us will become honest with ourselves first

When the final putt dropped on Sunday, Kenyon was ready to fire back.

“Hey Pat,” Kenyon wrote, simply, adding a first-place medal and trophy emoji along with a screenshot of Woodland’s strokes gained: putting stat for the week.

Kenyon doesn’t need to get into the mud with Twitter trolls, either. As one of the most sought-after short game coaches in the game, his stable includes or has included the likes of Francesco Molinari, Rory McIlroy, Justin Rose, Henrik Stenson and Lee Westwood, among others.