Spieth, McIlroy and Day Face Off at WGC 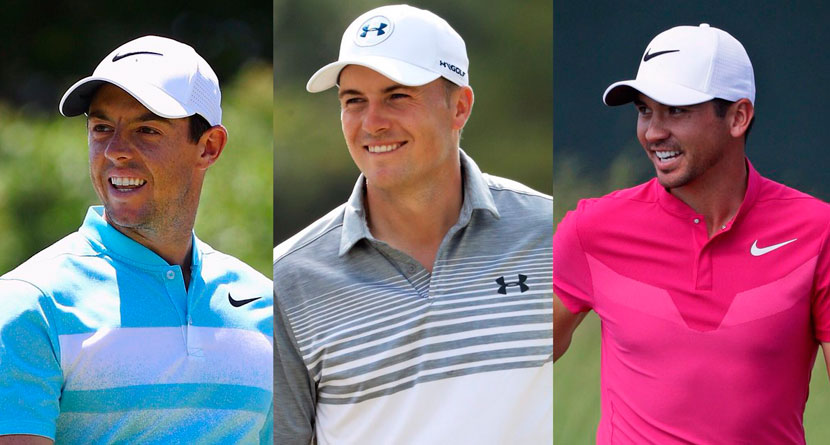 The top players in the world are in Northeastern Ohio for the fourth and final World Golf Championship event of the season. The WGC-Bridgestone Invitational, contested upon historic Firestone Country Club, will feature a field of 49 of the top-50 players in the world rankings and the entire top-10 in the FedEx Cup standings.

You can catch those top players early on Thursday and Friday on PGA TOUR LIVE, which will have coverage beginning early Thursday morning.

Jordan Spieth will make his first and only start between major championships this week in Akron and he will be a member of one of the four marquee threesomes over the first two days. Rory McIlroy and Jason Day will join Spieth, while Brooks Koepka, Dustin Johnson and Hideki Matsuyama will be the other featured group on Thursday.

Friday’s featured groups are made up of Jon Rahm, Justin Thomas and Adam Scott as well as Sergio Garcia, Rickie Folwer and Matt Kuchar. You can catch their rounds during PGA TOUR LIVE‘s coverage window over the first two days of the event.

The best players in the world descend upon Firestone CC this week for the @WGC_Bridgestone.

The views this week ???? pic.twitter.com/wUFCW09A5O

The first two days of the WGC Bridgestone Invitational will be live streamed on PGA TOUR LIVE beginning at 7:30 a.m. EST, giving subscribers just shy of 8 hours of live golf that otherwise would go unseen. Through the Tour’s partnership with Twitter, the first hour-plus of the PGA TOUR LIVE broadcast can be seen for free.

Here is PGA TOUR LIVE’s schedule for the Bridgestone.

PGATL will not have Featured Hole coverage on Thursday and Friday due to anticipated inclement weather, which has moved tee times up. If there are weather delays, PGA TOUR LIVE coverage plans may change.

Last year’s WGC-Bridgestone Invitational was won by Dustin Johnson, a follow-up victory to his triumph at the U.S. Open a few weeks prior. DJ needed a final-round 66 to come from behind and snatch the trophy out of Scott Piercy’s grasp. Matt Kuchar, Jordan Spieth, Jason Day and Kevin Chappell all tied for third place three shots back of Johnson.

A look at the illustrious list of past winners at the @WGC_Bridgestone.https://t.co/ILfIbrmMqf pic.twitter.com/JRN0CD6duG