Xander Schauffele Withdraws From Kapalua With Back Injury 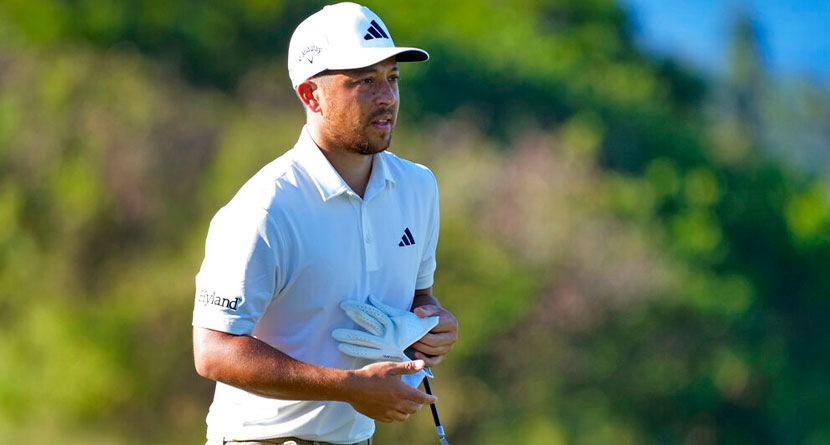 KAPALUA, Hawaii (AP) — A nagging back injury in the Bahamas has turned into something more mysterious for Xander Schauffele, who withdrew from the Sentry Tournament of Champions on Friday and plans to get an MRI to see what’s wrong.

Schauffele, the No. 6 player in the world and a three-time winner last year on the PGA Tour, felt he couldn’t swing at full speed and stopped on the par-5 ninth hole.

Schauffele had no issues after the Hero World Challenge, which ended Dec. 4, and through his practice until arriving at Kapalua. But he felt pain again Monday, withdrew from the pro-am Wednesday and struggled through the opening round.


“It feels like a very similar deal to the Bahamas,” Schauffele said. “In the Bahamas, I started to feel better each day. … This is not getting any better. It actually feels worse when I swing.”

“I try to exercise more, eat better, do everything better and I should have just stayed fat and more mobile, I guess, and not worked out and tried to do all these good things and I would have been, like, a golfer from the early 90s.”

Schauffele was 1 over for his round when he withdrew. He said he was flinching on tee shots, chunking irons and his head was “in a terrible spot.”

He won the Tournament of Champions in 2019 and lost in a playoff the following year. More frustrating to Schauffele was not being able to pinpoint what’s going on.

A San Diego native, he has four more tournaments on his West Coast schedule, starting with The American Express in La Quinta, California, in two weeks.

He said his caddie told him, “We have a lot of tournaments coming up. Are you going to look back and be proud of yourself for gutting it out and hurting yourself more? Or should we be smart here and pull out?”

Schauffele said his regret was not having an MRI when he returned home to Las Vegas after the Hero World Challenge. But then, he felt better and stronger by the time he left and didn’t feel a need.

“I was back to full everything with my routine,” he said. “That was immature on my part. I’m 29. I need to preserve my health.”

Schauffele won’t go home entirely empty-handed. He will get unofficial money for last place at $200,000 from the $15 million purse. He also gets $1.25 million, which is 25% of the $5 million bonus for finishing at No. 7 in the Player Impact Program.

Players get 25% of the bonus money this week, and the rest when they meet their other obligations tied to the PIP program.t