Tseng DQ’d From LA Open For Failing To Sign Scorecard 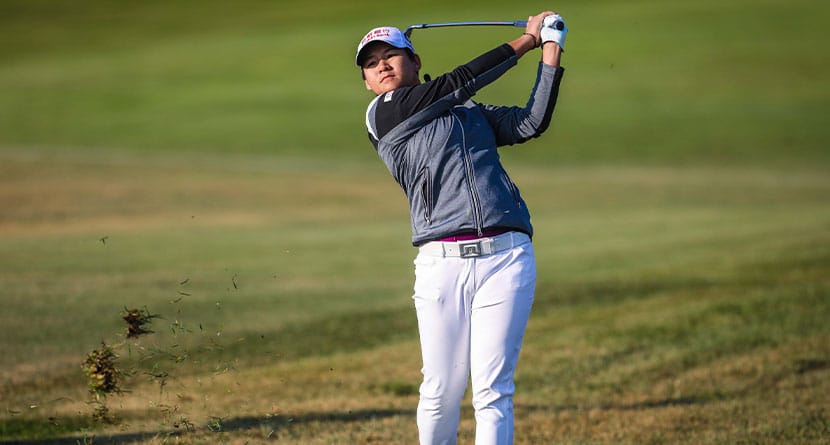 Former World No. 1 and five-time major champion Yani Tseng has had a rough go of things on the LPGA Tour even before the coronavirus pandemic hit last year.

Prior to the Gainbridge LPGA in February, Tseng hadn’t played on the LPGA Tour since the 2019 LOTTE Championship, and she hasn’t made a cut on the circuit since the 2018 Swinging Skirts LPGA Taiwan Championship presented by CTBC in October of 21018.

A large part of the issue was a back injury in the spring of 2019 that sent pain shooting down her left leg. Instead of going under the knife, Tseng opted to rest her back, taking the entire 2019 season off at her new home in California. When she was finally ready to play again in early 2020, the pandemic hit and she returned to Taiwan where she stayed for the remainder of 2020.

“People ask, ‘What’s going on Yani? Why, why, why,’ ” she told Golfweek.com’s Beth Ann Nichols. “Sometimes I want to know why too.”

Tseng returned Stateside earlier this year and began her quest to earn admittance into the LPGA Hall of Fame, of which she is four points shy. Her quest has stalled out thus far with four missed cuts so far this season and her lowest score a second-round 75 at the ANA Inspiration.

Her struggles continued this week at the Hugel-Air Premia LA Open at Wilshire Country Club where Tseng shot a 16-over par 87. In the scoring area, however, Tseng failed to sign her scorecard.

Fifteen-time LPGA Tour winner Yani Tseng was disqualified from the L.A. Open due to failing to sign her scorecard after the opening round: https://t.co/Kjeft15KwD pic.twitter.com/DztdRzaw1E

“The error was found during the standard post-round scorecard review process, when it was discovered that she had neglected to sign her scorecard,” an LPGA spokesperson told GolfDigest.com. “Failure to certify hole scores is a breach of Rule 3.3b(2), which states it is the player’s responsibility to certify their scores.”

As a result, the LPGA Tour could not confirm Tseng’s 87, but in the aftermath of the DQ, a score was posted on the Golf Channel website, the broadcast affiliate of the LA Open, according to Golf.com.

This is the third time this season that an LPGA player was DQ’d for failing to sign a scorecard. China’s Yu Liu failed to do so after the first round of the Pelican Women’s Championship last November and In Gee Chun was DQ’d for not signing her scorecard after the second round of last month’s Kia Classic when she was tied for fourth heading into the weekend.