Test Your Tour Knowledge With Our Year-End Quiz 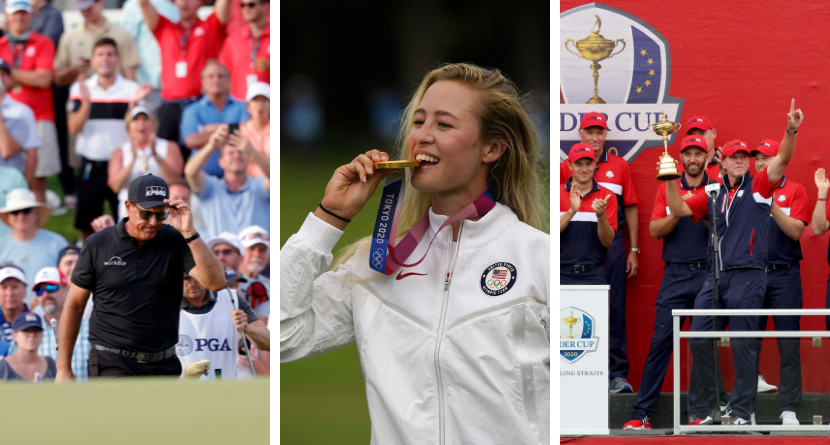 With the 2021 golf season in the rearview mirror and a new year fast approaching, it’s time to find out how much you were paying attention.

In what will be remembered as the year galleries returned to amplify the drama of an unusually jam-packed schedule, we saw the Ryder Cup, the Solheim Cup and the Summer Olympics added to a full slate of major championships. Season-long points races came down to the wire and player of the year votes were too close to call.

There were performances that introduced the world to new stars and others that saw legends turn back the clock.

So, how’s your recall? Take our year-end quiz, pass it around to your friends and help us crown a trivia champion golfer of the year:

Answers are below. But if you scrolled down here prematurely, the reigning PIP king, Phil Mickelson, is here to distract you from cheating…