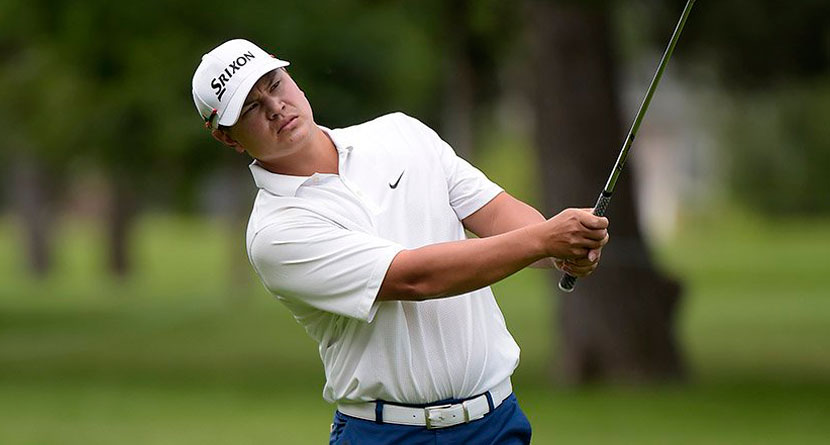 Canadian Korn Ferry Tour pro Ryan Yip has one of the most inauspicious names in golf, but on Friday at the LECOM Health Challenge, he proved there’s only so much in a name.

Playing his final hole of the day needing a birdie to get inside the projected cut line, Yip bombed his second shot on the 575-yard par-5 18th hole at Lakewood National Golf Club some 100 yards over the green after hitting some sort of metal on top of the grandstand.

The ball ended up on the precipice of the parking lot and resulted in one of the best up and downs you’ll ever see.

@PGATOURKevin Somewhere around here? That’s insane to even get there on your 2nd let alone get up and down for birdie pic.twitter.com/itBtgrqpeJ

Yip walked off his yardage and was able to keep his third shot under some trees and split the grandstands to hit it just outside 10 feet for birdie.

The Korn Ferry social team put together a video that included sound bites from Yip, his playing partner Justin Lower and some fans who witnessed the epic birdie.

The closing four was enough to move Yip to 3-under par for the day and the tournament, which is where the weather-delayed cutline sits as of this writing.

This putt stood between @ryanyipgolf and one of the #KornFerryTour's more memorable up-and-downs.