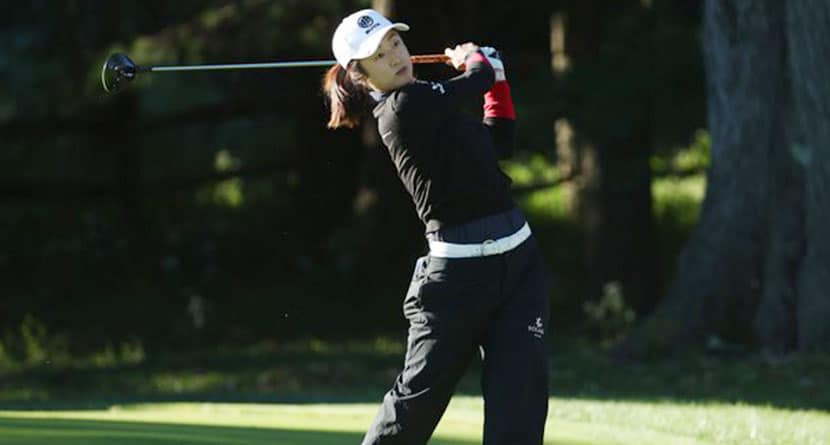 The Rules of Golf have made strides in recent years to avoid outdated, overly-harsh and unnecessary penalties with regard to the archaic rules surrounding scorecard mistakes and mishaps at the highest levels of the game, but one obvious omission remains and it cost a top-50 player a chance at a made cut this weekend on the LPGA Tour.

Yu Liu, who made her way to the LPGA Tour from China by way of Duke University, was disqualified from the Pelican Women’s Championship on Thursday after failing to sign her scorecard.

The 25-year-old bogeyed three of her last four holes to shoot a 4-over par 74, which left her 10 strokes off the pace set by Sophia Popov, but not nearly out of the realm of possibility for making the cut, which fell at 5-over par.

Yu Liu was disqualified after the first round for failing to sign her scorecard. She opened with a 74.

While mistakes made on a signed scorecard are forgivable now under the “modernized” Rules of Golf, still failing to sign the card is grounds for disqualification.

Liu, who is currently ranked 48th in the Rolex Rankings and 31st in the Race to the CME Globe, has notched two top-10s this year, most recently at the Marathon LPGA Classic in August.