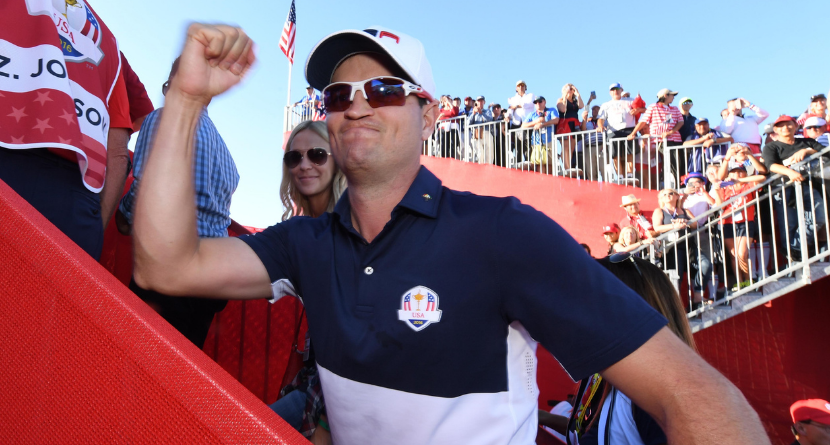 The PGA of America on Monday made Zach Johnson’s Ryder Cup captaincy official, tapping the two-time major champion for the prestigious — and highly scrutinized — gig at an introductory press conference.

Looking to retain the Ryder Cup in Italy 🇮🇹

“I’m extremely excited,” said Johnson, 46. “Pure honor comes to mind more than anything, just knowing that I can lead this great team in Italy and represent my country again.”

In 2022, players can accrue qualifying points only in the major championships, the Players Championship and the lone WGC event on the calendar. In 2023, players will receive points in each PGA Tour event with added emphasis on the majors, Players and WGCs.

Steve Stricker, the winning captain at Whistling Straits in 2021, returns as a vice captain in keeping with recent protocols.

The topic of Phil Mickelson’s diminishing prospects as a future captain repeatedly came up, and Johnson did his best to deflect the delicate issue. “Given basically where we are right now, I have no idea what lies ahead as far as my vice captains and who is on this team,” he said.