5 Things You Could Be Doing In Hawaii Right Now 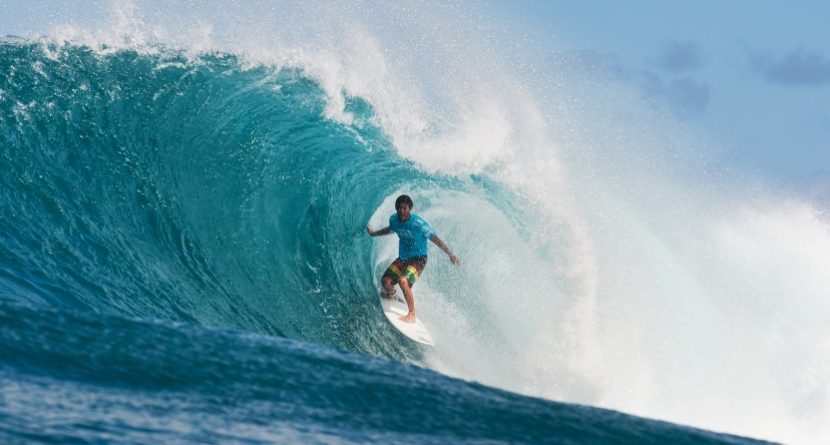 If you didn’t already want to be a pro golfer, you definitely do this week. They’re off gallivanting in Hawaii while we’re left to deal with a “polar vortex.“

Whatever that is, they don’t have that issue on the islands of the Pacific. Rain may be in the forecast for this week’s Sony Open at Waialae Golf Course in Honolulu, but that’s accompanied by temps in the 80s. It was in the mid-70s all last week during the Hyundai Tournament of Champions in Kapalua, Hawaii.

Maybe it’s time for a last-minute jaunt out west? Here are five things you could be doing right now if you were in Hawaii:

Golfing anywhere
Obviously. Instead of watching your clubs collect dust in the closet, you could be striping balls down the fairways of the Plantation Course at Kapalua, which the pros just played. Or the Prince Golf Course on the Island of Kauai, a layout that often takes best-in-state honors. Really, though, is any round of golf in Hawaii a bad one? Surfing at the North Shore
Wintertime is one of the best seasons for surfing in Hawaii, especially the North Shore, which refers the Island of Oahu. That’s the same island on which Honolulu resides. Swells typically grow to around 6-12 feet, but can sometimes push 30. That may be a bit too advanced for novice surfers, but it’s a great time to chill on the beach and watch the pros who flock to the Hawaiian beaches this time of year.

Dining at Alan Wong’s Restaurant
For the best of the best when it comes to Hawaiian food, look no further than Alan Wong’s Restaurant in Honolulu. It gets 4.5 out of 5 stars from more than 1,700 users on Yelp.com and TripAdvisor.com, and the Ginger Crusted Onaga, Pacific Long-tail Red Snapper is the top-rated entrée.

Flying over active volcanoes
Some of the most active volcanoes in the world are on the Island of Hawaii, also known as the Big Island. Hop in a helicopter and you can see lava flows, scenic waterfalls, and tropical rain forests all in under an hour. If flying isn’t your thing, just go hiking around Hawaii Volcanoes National Park and try to land a spot on the Secret Lava Tube tour – once a week, 12 people get to follow a guide into some of the most unique caves in the world.

Night diving with manta rays
For another experience you can’t do every day, book a room at the Mauna Kea Beach Hotel in Kamuela on the Big Island. Off the shores that border this hotel is said to be some of the best night diving with manta rays. The creatures with wingspans reaching 20 feet are actually very friendly, and really attracted to light at night. For the safer crowd, there are also boat tours.