5 Things You Need to Know: 2014 PGA Championship at Valhalla 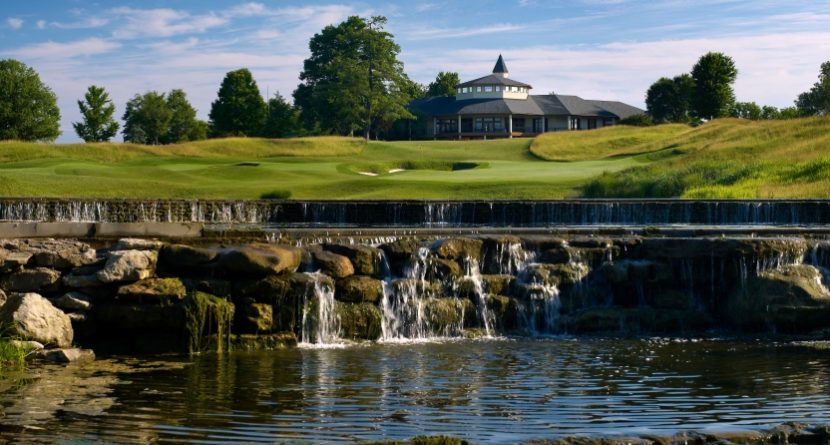 Three of last year’s four major winners were first-timers, as only Phil Mickelson had previously won one of golf’s biggest prizes. This year, so far, the three major champs had won previously. Can any of them do it again in the season’s final major? Nobody has won multiple majors in the same season since Padraig Harrington in 2008. Or will a first-timer join the club?

Those questions will be answered this week with the 2014 PGA Championship at Valhalla Golf Club in Louisville, Ky. Here are five things you need to know about the tournament and the surrounding area:

Rory McIlroy tops the storylines
As per usual, storylines abound at the year’s final major championship. Here are the top five: After taking the Open Championship and WGC-Bridgestone Invitational, can new world No. 1 Rory McIlroy make it three in a row? Will Tiger Woods play following his latest back injury? Can Rickie Fowler capitalize on his strong form at majors this year and actually win one? Will Phil Mickelson finally record a top-10 finish? Who steps up and puts themselves on the Ryder Cup team? Baseball would struggle without its Sluggers
Louisville is also pretty big in the baseball industry. Louisville Slugger has its factory and museum downtown, where it sculpts the bats for more than 60 percent of all major league players. It’s easy to find – just look for the 120-foot tall steel bat standing outside. Inside you can check out bats used by some of the game’s greatest legends, take a factory tour where you learn how the bats are made, and then leave with your own free miniature Louisville Slugger bat. You can also personalize a real-size bat, getting your name branded on the barrel.

Birthplace of Muhammad Ali
OK, so museums aren’t always our thing, but you’ve got to admit that Louisville boasts some pretty impressive sports shrines. Because after you visit the Derby and Louisville Slugger, three blocks from the latter is the Muhammad Ali Center. The greatest boxer ever was born in Louisville, and his legacy lives on at this museum celebrating his life. You can watch some of Ali’s most famous fights, train with Ali in an interactive exhibit, watch a film on the life of Ali, or take a walk through the Core Principle Pavilions, which are modeled after Ali’s six values: confidence, conviction, dedication, respect, giving and spirituality.

Drink as much bourbon as your palate desires
Or maybe you’re more into spirits than sports. Louisville has you well covered as well. The town is at the heart of “Bourbon Country,” which has boasted loads of distilleries since the late 1700s. In the early 1900s, part of Main Street in Louisville was known as “Whiskey Row” because there were around 50 active distilleries. These days, you can visit eight of the distilleries on the “Kentucky Bourbon Trail,” or you can never leave the city on the “Urban Bourbon Trail.” The latter tour takes you to some of the world’s best bourbon bars, which all serve at least 50 different kinds of bourbon. If you’re determined, pick up an Urban Bourbon Passport, get stamps at six such locations, and receive a T-shirt and certificate.