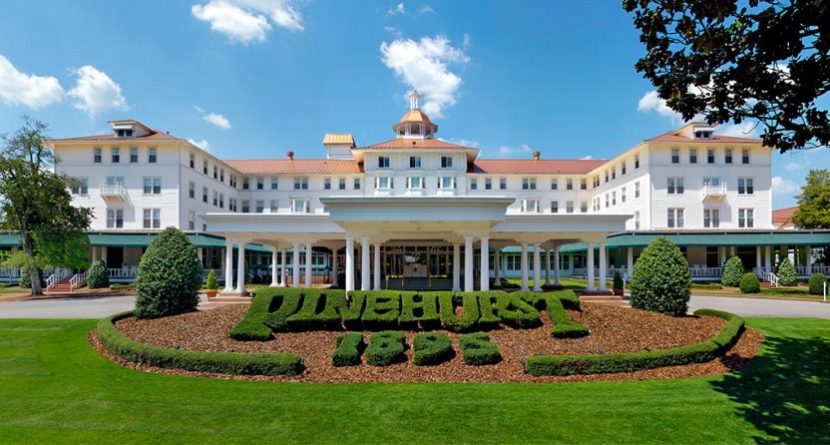 It’s often said that the U.S. Open is the toughest tournament in golf. Obviously, being a major, it boasts one of the strongest fields of the year. But U.S. Open courses are annually set up to give players fits.

That just makes things much more enjoyable for the fans. They look so human when they’re swinging from the rough lies that we’re all so familiar with, huh?

Yet, good times will not only be had on the No. 2 course at Pinehurst, as fans won’t find it rough to enjoy themselves out and about in Pinehurst, N.C. Here are five things you need to know about the 2014 U.S. Open and its surrounding area:

As is typical, many storylines abound
Phil Mickelson could complete the career grand slam at Pinehurst, triumphantly jumping off the list of players to come up one major short. Masters champ Bubba Watson is the only player with a chance to collect the calendar year grand slam, making him an obvious choice as one of the top players to watch. Grand slams aside, there are plenty of fellas – like these nine really good golfers – just hoping to win one major. And with Tiger Woods missing a second straight major, we’re just waiting for the next superstar to step up. New world No. 1 Adam Scott? Newly single Rory McIlroy? They’re among the favorites. Pinehurst is ready to put on a show
Pinehurst doesn’t reside near the major metropolis that, say, last year’s U.S. Open host, Merion, did (Philadelphia). But the U.S. Open Experience will take care of your entertainment needs. Starting on Tuesday is two weeks of nightly events running through the U.S. Women’s Open. Things get rolling with a “Tribute to Payne Stewart,” and include concerts, a “Spirit of the U.S. Open” film series, and a “Family Night/Skills Challenge.” All of this action is free and open to the public, but food will be on sale from local vendors such as uPro (soul food), Sweet Birch Gourmet and Cold Stone Creamery. And the Village of Pinehurst decided to abandon its open-container laws for the festivities, so pack a cooler.

Golf fans must visit Ryder Cup Lounge
How does a bar/restaurant get permission to use the name “Ryder Cup”? Well, we’re thinking a prerequisite must be to reside on a course that actually hosted the most prestigious international tournament in golf, which Pinehurst did in 1951. The U.S. took care of Great Britain that year, 9.5 to 2.5, and at the Ryder Cup Lounge inside the Carolina Hotel on the Pinehurst Resort property, one of the walls is dedicated to that event. Other Ryder Cup memorabilia serves as decoration for you to enjoy as you gobble down some BBQ Pork Nachos or dig in to your Ryder Cup Surf & Turf. Like all 19th holes, the Lounge also has a full-service bar. But unlike most 19th holes, it also features live music on Friday and Saturday nights.

Pick the Pik-N-Pig and pig out
If you want to venture off the Pinehurst Resort, remember that you are in the Carolinas. That means you must have some Carolina barbecue, and you won’t be disappointed with the Pik-N-Pig, which sits 20 minutes north of Pinehurst in Carthage. Start with some fried pickles, move on to the BBQ brisket or ribs, and then finish with a Coca-Cola cake. And while you’re enjoying all that goodness, watch the planes come and go, as the restaurant sits by the Gilliam-McConnell Airfield.

Pinehurst loves its horses too
Back at Pinehurst, we’d love to encourage you to grab a tee time on one of the resort’s seven other courses, but alas, there’s no availability until these major tournaments leave town. So head over to the Pinehurst Harness Track, a training facility for standardbred horses. Grab breakfast at the Pinehurst Track Restaurant and you might be treated to some harness racing while you polish off your pancakes. The track also hosts car shows and rugby matches.