5 Things You Need to Know About Northern Trust Open 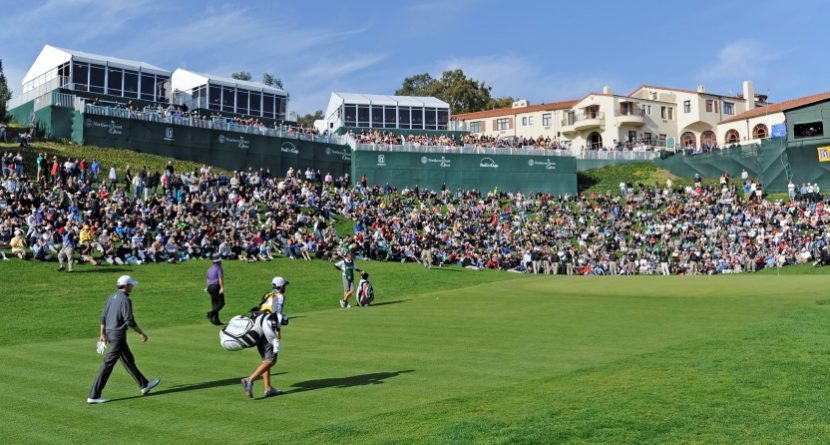 The PGA Tour, staying out west where it’s warm, rolls into Los Angeles this week for the Northern Trust Open at the Riviera Country Club. The event began as the Los Angeles Open in 1926 and eventually became the Nissan Open before gaining its current sponsor, and it’s been hosted at Riviera nearly every year since 1973. The club also put on the 1948 U.S. Open, 1983 and ’95 PGA Championships, and the 1998 U.S. Senior Open.

Riviera is historic
The 7,349-yard, par-71 course resides in the upscale Pacific Palisades community, and ranks among the best in the nation, coming in at No. 23 on Golf Digest’s latest rankings of “America’s 100 Greatest Golf Courses.” Riviera’s par-3 sixth hole is probably its most famous, as that’s where there’s a sand trap in the middle of the green. You might have also heard of the course being referred to as “Hogan’s Alley.” It’s not the only place to receive that nickname, but it surely deserves it – Ben Hogan won the L.A. Open in 1947 and ’48, followed by the 1948 U.S. Open played on the same course. The tournament honors diversity
Each year, the Northern Trust Open holds one of its player exemptions for “a top golfer who represents the advancement of diversity in golf and wouldn’t otherwise be eligible to compete in the event.” It’s unofficially known as the Charlie Sifford Exemption, so named after the first African American inducted into the World Golf Hall of Fame. This year’s recipient is 23-year-old Harold Varner III, who will make his second career start on the PGA Tour. Malibu is just up the coast
Should you fancy a drive along the ocean, the famed Pacific Coast Highway is five minutes from Riviera. Head north for 20 minutes and you’ll wind up at the Carbon Beach Club in beautiful Malibu. Drop in for a cocktail or stay for the fine dining, but either way the ocean views are unbeatable. While in Malibu, get cultured with a visit to the Getty Villa, a museum featuring thousands of Greek, Roman, and Etruscan relics. About the same distance from Riviera but inland is the Getty Center, a $1.3 billion museum popular for its architecture, gardens, and views overlooking Los Angeles. The Santa Monica Pier is always fun and cheap
For closer and cheaper ocean views, the famed Santa Monica Pier is 10 minutes away. The MariaSol Mexican restaurant at the very end of the pier isn’t bad, or you can head to the tourist staple, Bubba Gump Shrimp Co. Better yet, just eat the “carnival food,” like funnel cakes. Hold off, though, until after you ride the rollercoasters. Regardless, the people watching will be far more interesting here than at the golf tournament. You could sit in on a TV show
Television shows and movies are filmed all over the Los Angeles area, and one of the better studios is Sony Pictures in Culver City. It’s only eight miles from Riviera (15-30 minutes, depending on traffic), and is the home of hit game shows “Jeopardy!” and “Wheel of Fortune.” Call ahead and you might be able to sit in on a taping. Either way, you can tour the rest of the studios, which is where classics like “Wizard of Oz,” “Men in Black,” and “Spider-Man” were filmed.